Home News How Many Us (Preppers) Are There? 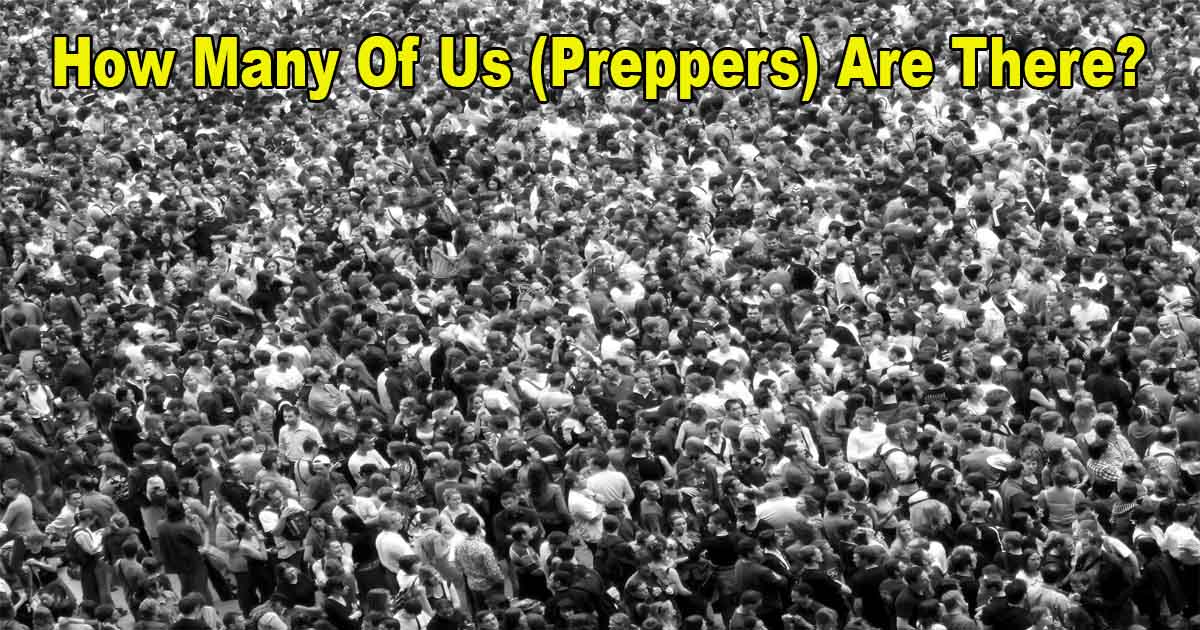 When we decided to try to figure out how many of us preppers there are in the United States, we knew that finding a good answer wouldn’t be easy.

After all, prepping actually includes a wide range of activities by different types of people, from the casual prepper with a little extra water and food stored in the basement (who might not even consider himself a prepper) to the full-on “professional” prepper who invests a significant amount of their time (and money) making sure they’re ready for TEOTWAWKI.

And, since there’s no check box on the Census forms to designate yourself as a “prepper” there’s really no way to ever get an exact number.

But, even though we’ll have to do a little guessing, we still were curious about how many of us there actually are.

During our research, the most commonly quoted statistic for the number of preppers in the United States is 3 million. That number is from 2013 and is found all over the internet, but we couldn’t find out where it originally came from. It may be based on some reasonable estimate, or it might just be a number some journalist pulled out of their butt.

To try to get a little more accurate, we looked at Facebook pages devoted to prepping and survival. There are hundreds (maybe thousands) of these pages, but we only looked at the top 50.

The total number of Likes for these 50 prepping and survival pages is approximately 25 million.

Now, that doesn’t mean there are 25 million preppers, since there’s probably significant overlap in the audience for these pages. Meaning, the same person probably Likes more than one of these pages.

However, this does give us a clue that there are probably way more than 3 million preppers.

Next, we looked at Google’s keyword research tool. Using this tool, we can see how many people are using Google to search for a particular topic (called “keywords”) each month.

We looked at the top prepping and survival keywords to determine their Google search volume. This number totaled over 2 million searches per month (or 24 million per year) in just the United States alone.

Again, that doesn’t mean there are 24 million preppers and survivalists, but it does indicate a group that’s much larger than 3 million.

After all this research, we weren’t able to come up with an exact number for our prepping community (and we knew we wouldn’t) but we do have a better feel for how many of us there are.

3 million seems way low to us – our best estimate is that there are closer to 5 million preppers in just the U.S. alone.