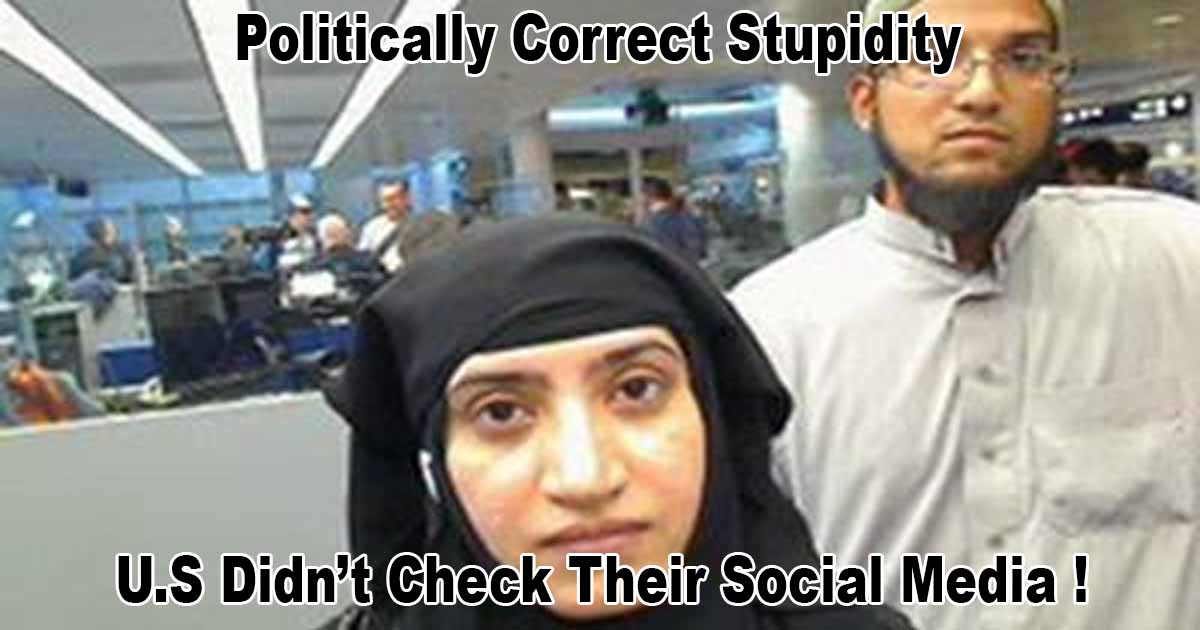 Once again, political correctness is putting us in danger.

We’ve now learned that foreigners applying for visas to visit the United States are not as thoroughly vetted as we’ve been led to believe. In fact, the U.S. government does not even check the Facebook or Twitter accounts of those we are letting inside our borders!

Fearing a civil liberties backlash and “bad public relations” for the Obama administration, Homeland Security Secretary Jeh Johnson refused in early 2014 to end the secret U.S. policy that prohibited immigration officials from reviewing the social media messages of all foreign citizens applying for U.S. visas, according to a former senior department official.

“During that time period immigration officials were not allowed to use or review social media as part of the screening process,” John Cohen, a former acting under-secretary at DHS for intelligence and analysis. Cohen is now a national security consultant for ABC News.

“They felt looking at public postings [of foreign U.S. visa applicants] was an invasion of their privacy,” the official told ABC News. “The arguments being made were, and are still, in bad faith.”

This brings up a couple of important questions: