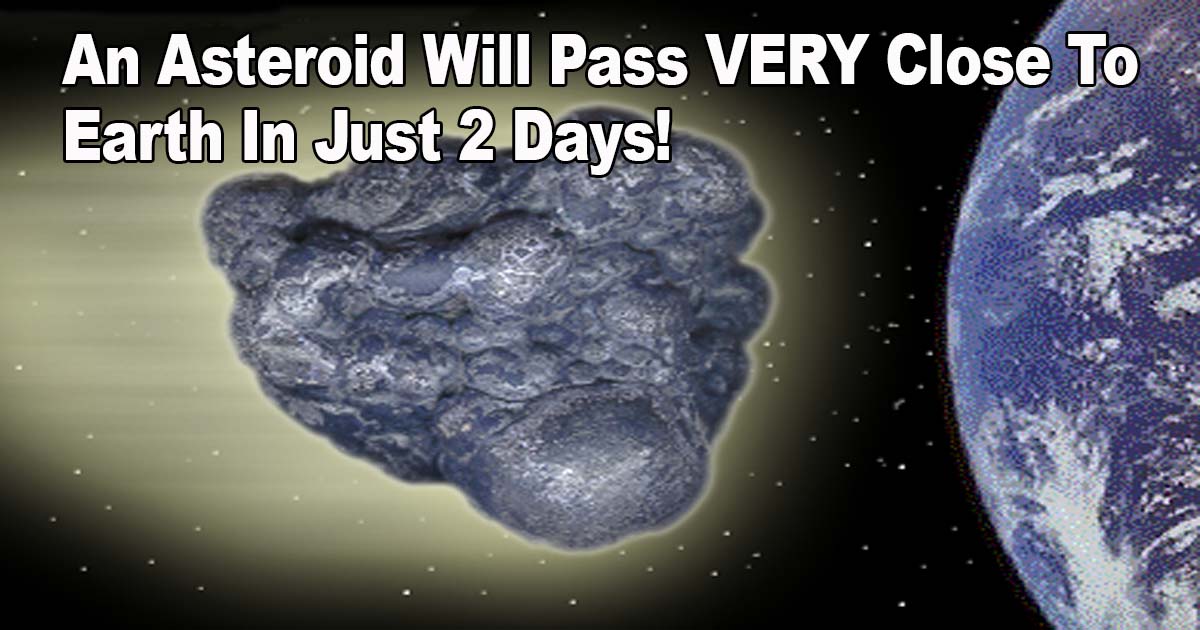 Sometime this Monday or Tuesday, an asteroid could pass dangerously close to Earth – as near as 16 times closer than the moon!

The asteroid, named “2013 TX68”, was first detected two years ago when it passed by Earth at a comfortable distance of more than 1 million miles.

NASA has known for some time that 2013 TX68 would come by for another visit this month, but they’ve been unsure of exactly how close its fly-by would be.

On February 2nd, NASA said the asteroid could “fly past Earth as far out as 9 million miles (14 million kilometers) or as close as 11,000 miles.”

Now, NASA’s latest statement (read it here) says it “will fly by roughly 3 million miles (5 million kilometers) from our planet. There is still a chance that it could pass closer, but certainly no closer than 15,000 miles (24,000 kilometers) above Earth’s surface.”

An obvious question would be – if NASA has a massive 3 million mile variance in its best estimate for 2013 TX68’s trajectory, how can they be so confident that it will miss us by at least 15,000 miles?

On a cosmic scale, 15,000 miles is nothing. Does NASA really know that “There is no concern whatsoever regarding this asteroid?” Would they ever admit if they knew differently or are they just telling us what we want to hear?