Home News Obama’s Gun Control Announcement: What It Means For You 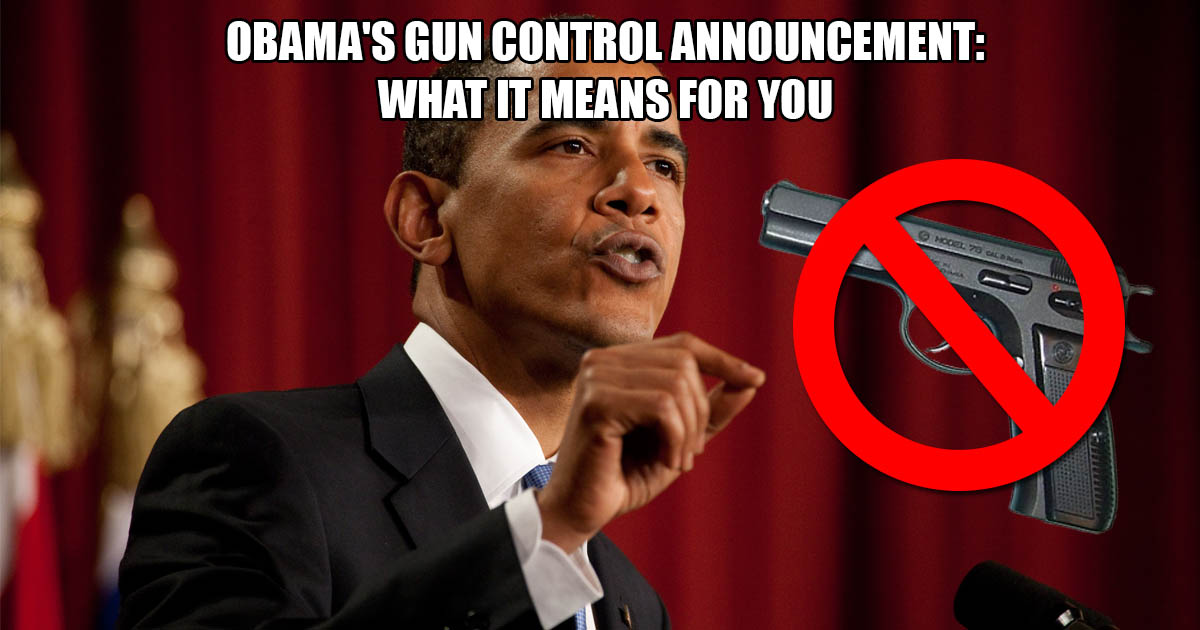 President Obama took executive action on Tuesday in an effort to “prevent gun violence.” His voice shook emotionally as he recalled previous high-profile mass shootings and swore to take steps to prevent future killings from happening.

“Every time I think about those kids it gets me mad,” Obama said as his eyes welled up with tears.

The 30 minute address to the nation specifically focused on closing loopholes, like requiring background checks at gun shows and online, while also touching on mental health care as a means of preventing gun violence.

Here were the actual meat and potatoes that you should be aware of:

Under the new rules, anyone engaged in the business of selling guns — at stores, at gun shows, over the internet — has to obtain a federal seller’s license and do background-checks on the buyers.

Obama’s initiative also calls for hiring hundreds of examiners to help the FBI do the increased background checks. And it requires weapons merchants to notify the ATF if their guns are lost or stolen.

Remove unnecessary legal barriers preventing States from reporting relevant information to the background check system. Although States generally report criminal history information to NICS, many continue to report little information about individuals who are prohibited by Federal law from possessing or receiving a gun for specific mental health reasons. Some State officials raised concerns about whether such reporting would be precluded by the Privacy Rule issued under the Health Insurance Portability and Accountability Act of 1996 (HIPAA). Today, the Department of Health and Human Services issued a final rule expressly permitting certain HIPAA covered entities to provide to the NICS limited demographic and other necessary information about these individuals.

Following Obama’s announcement, many fired back online and in the media, including NRA spokesman Chris Cox, that Obama failed to bring any new ideas to the table and was simply engaging “in political rhetoric instead of offering meaningful solutions to our nation’s pressing problems.”

The fact is that President Obama’s proposals would not have prevented any of the horrific events he mentioned…The timing of this announcement, in the eighth year of his presidency, demonstrates not only political exploitation but a fundamental lack of seriousness.

While mass shootings are unquestionably horrific occurrences, the fact remains that according to multiple studies, gun violence has been decreasing. Maybe cries for gun control are unwarranted Mr. President?