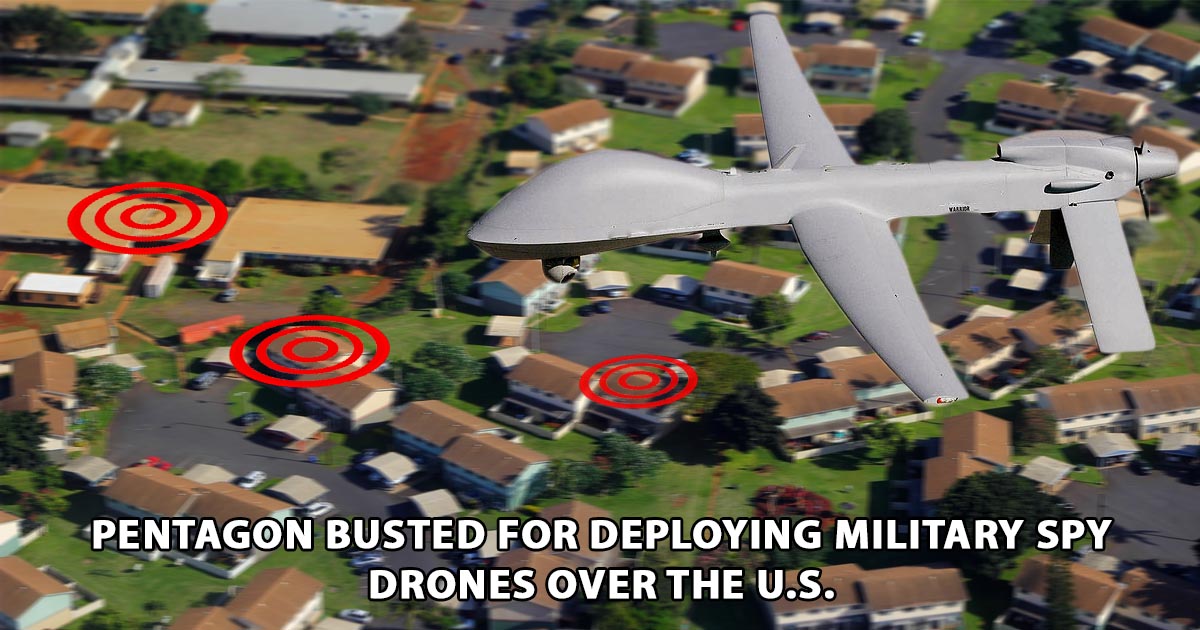 A new report this week reveals that the Pentagon has been deploying spy drones over U.S. territory for the past decade. The most shocking part: they were deployed for non-military missions.

The Pentagon brushed off the new findings, claiming that flights have been rare and lawful.

The report does not provide any specific details on the domestic spying missions – likely because the information was not made available.

While the Pentagon has posted a partial list of non-military drone missions over U.S. airspace, there isn’t much to keep them accountable for reporting all flights and their purposes.