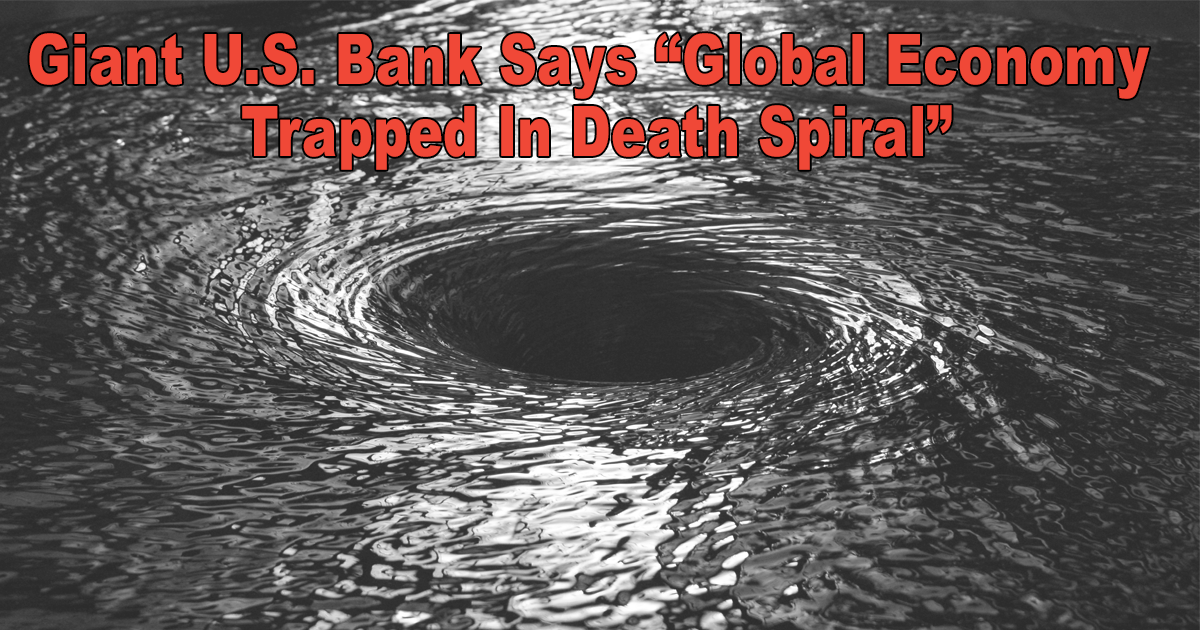 An analyst for one of the United States’ biggest banks has told their clients what many of us already knew – the world economy is not all puppy dogs and rainbows.

In fact, buckling under mountains of debt, much of the world is teetering on the brink of recession (or even depression).

This week, a group of Citi strategists said:

Since the great recession began in 2008, the world’s central banks have gone on an unprecedented money-printing spree in an attempt to prop up asset prices and stimulate demand. Despite spending trillions of dollars, the result has been anemic GDP growth and lackluster employment growth.

Now, after spending all that money, it looks like the world is slipping back to where we started this adventure eight years ago. Despite what the wizards in charge believe, you can’t escape the inevitable. You may be able to postpone it a bit, but that usually just means it comes back harder and faster in the end!