Home Economy The Water Wars Are Coming. Are You Prepared? 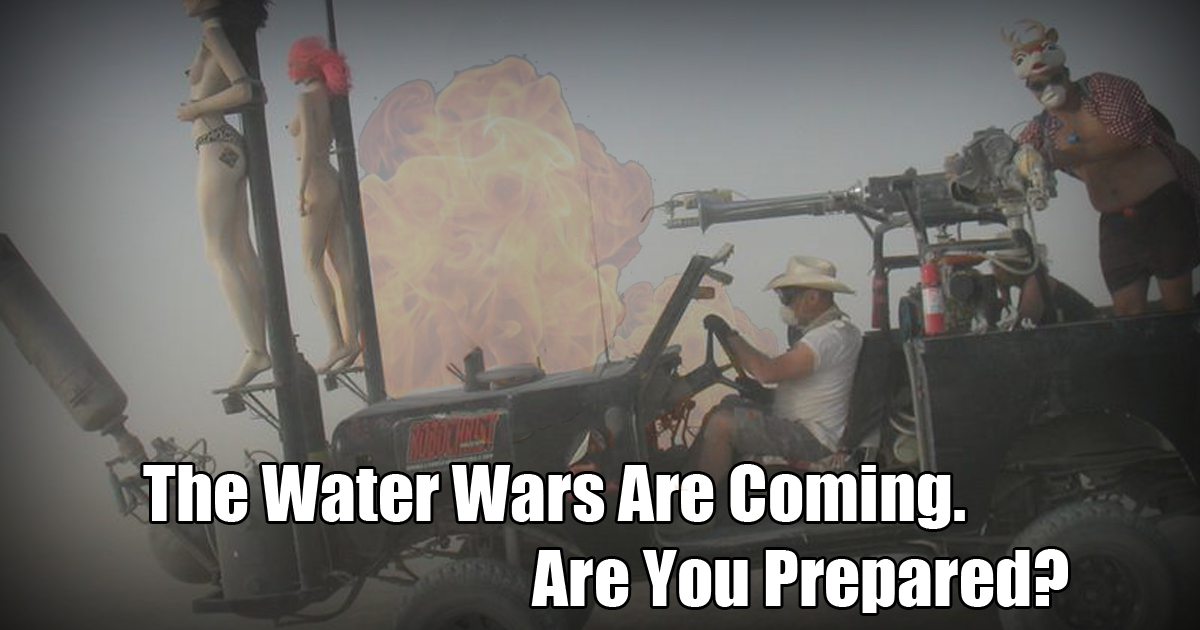 In about 2 weeks, representatives from over 150 countries will convene in Paris for the 21st Conference of the Parties (aka COP-21) of the United Nations Framework Convention on Climate Change.

The primary objective of the conference will be to discuss measures to avoid increases in global warming and the catastrophic consequences that would result should levels exceed 2 degrees Celsius increase, a level scientists hypothesis would result in irreversible climate shock.

The most noticeable shock will undoubtable be to natural systems already under stress that we humans rely upon for survival, such as natural water supplies.

Affects such as this can already be seen on the southern fringe of the Sahara Desert, which is already being transformed from grassland to an empty, dry wasteland, forcing local nomads from their land. It is predicted that farmlands throughout Africa, the Middle East, and Asia will quickly suffer the same fate.

Rivers that would normally run full with water year-round are forecasted to run periodically or even dry up completely.

If history tells us anything, it’s that during periods of extreme drought conflicts inevitably arise. Should the water issues extend beyond tropical and subtropical regions and jeopardize the normal functions of major cities across the globe it could spell total disaster…

To read the full article on the upcoming water wars, click here.

“Mad Max world” by Laughlin Elkind is licensed under CC BY 2.0