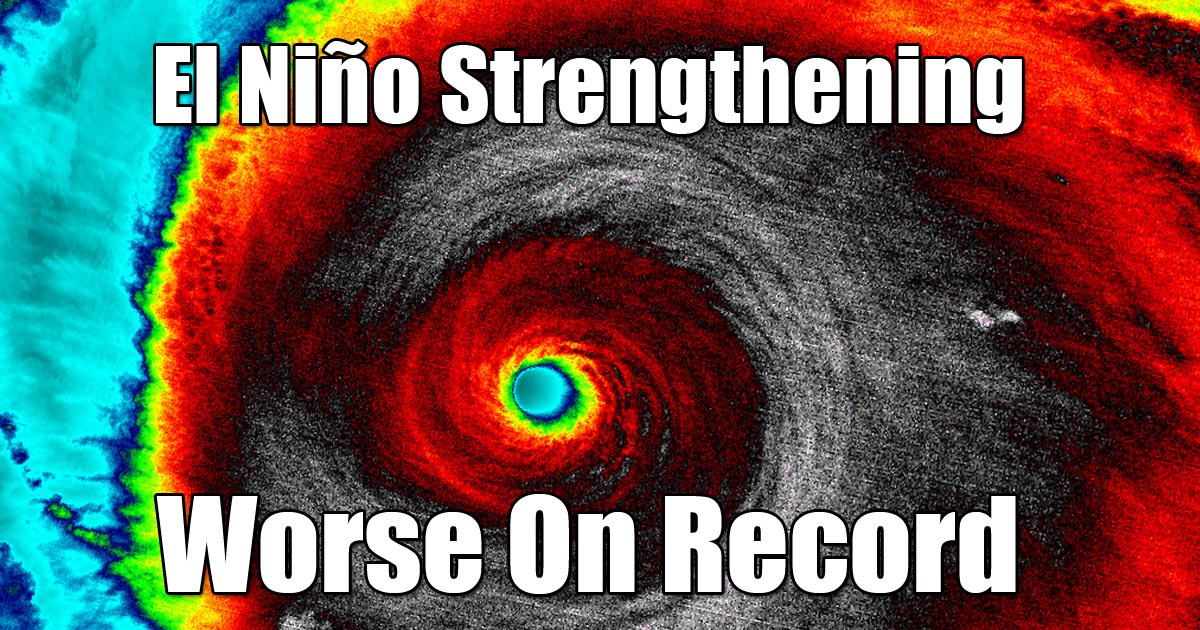 According to the U.N. Weather Agency, this year’s El Niño weather pattern is gaining strength and predicted to become one of the strongest on record, threatening to bring extreme droughts, storms and floods across the country.

The World Meteorological Organization has already categorized it as”strong and mature” and the biggest in more than 15 years. Conditions typically reach maximum strength between October and January.

WMO Secretary-General Michel Jarraud stated, “Right now we say we think it’s really going to be one of the three strongest ones, it may be one of the two, that we don’t know yet. But definitely it’s already a very strong one…this event is playing out in uncharted territory. Our planet has altered dramatically because of climate change, the general trend towards a warmer global ocean, the loss of Arctic sea ice and of over a million sq km of summer snow cover in the northern hemisphere.”

He went on to continue, “So this naturally occurring El Niño event and human-induced climate change may interact and modify each other in ways which we have never before experienced. Even before the onset of El Niño, global average surface temperatures had reached new records. El Niño is turning up the heat even further.”

This is bad news for areas already prone to flooding and areas sustainable to heat waves as they are expected to be amplified by unknown magnitudes. Rising sea levels mean larger, more powerful tsunamis and storm surges capable of inflicting more damage when they hit land.

Guess we’ll have to wait a few months to see how this year’s El Niño plays out. Until then, it doesn’t help to be prepared.