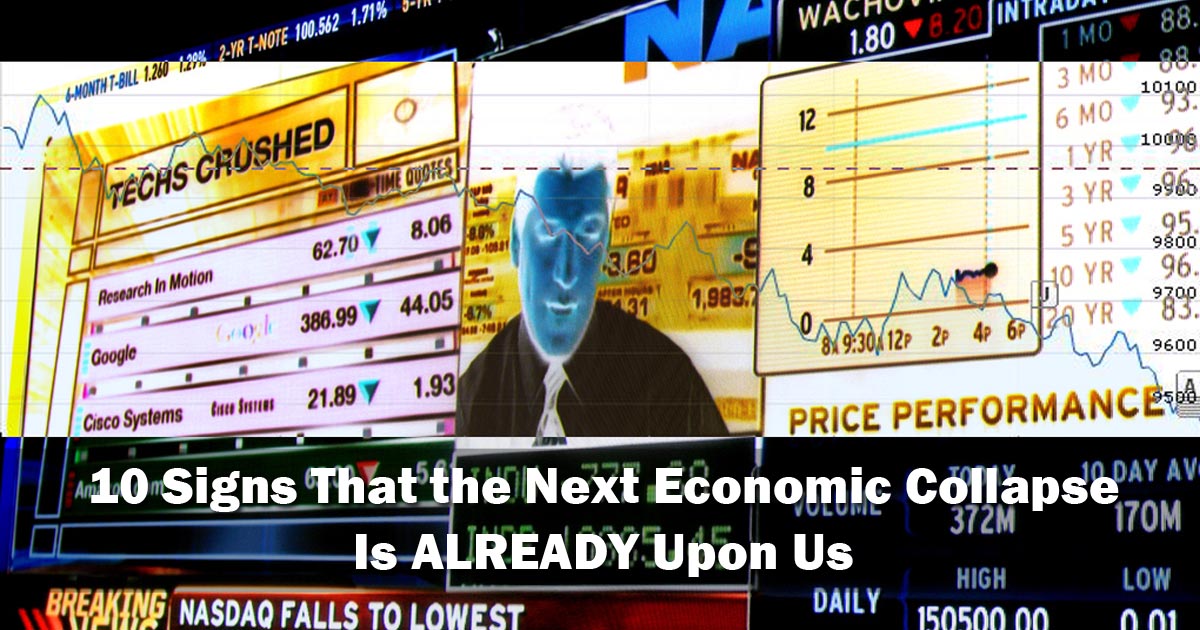 Political pundits and the folks on Wall Street would like to have you believe that the US economy is cooking. Stocks have been rising, sure, however there are key economic signals (they’d prefer you not hear about) that might be telling us another story altogether…

Of course, it’s a reality that the market is cyclical – it’s just a matter of time before the next crash occurs.

Here are 10 signs that a global economic collapse is already here, according to Washintonblog.com:

#1 HSBC, the largest bank in the western world, tells us that the global GDP expressed in U.S. dollars is down 3.4 percent thus far in 2015, and total global trade has fallen 8.4 percent.

#2 Chinese exports were down 3.7 percent in the month of September when compared last year, while Chinese imports were also down.

#3 South Korean exports are down 15.8 percent from last year.

#4 Similar to the lead-up of the last two recessions, U.S. exports are down 11 percent for the year thus far.

#5 The amount of goods being shipped by truck, rail and air inside the United States has been falling every single month since March this year.

#6 The ISM Manufacturing Index has fallen for four consecutive months.

#7 The Dallas Fed’s Manufacturing Outlook has dropped for 10 months in a row.

#8 Wholesale sales in the U.S. have fallen to the lowest level since the last recession.

#9 Inventory to sales ratio has risen to the highest level since the last recession.

To see even more signs that the next recession is here, visit the Washingtonblog.com.

“Crushed” by Mike McCune is licensed under CC BY 2.0