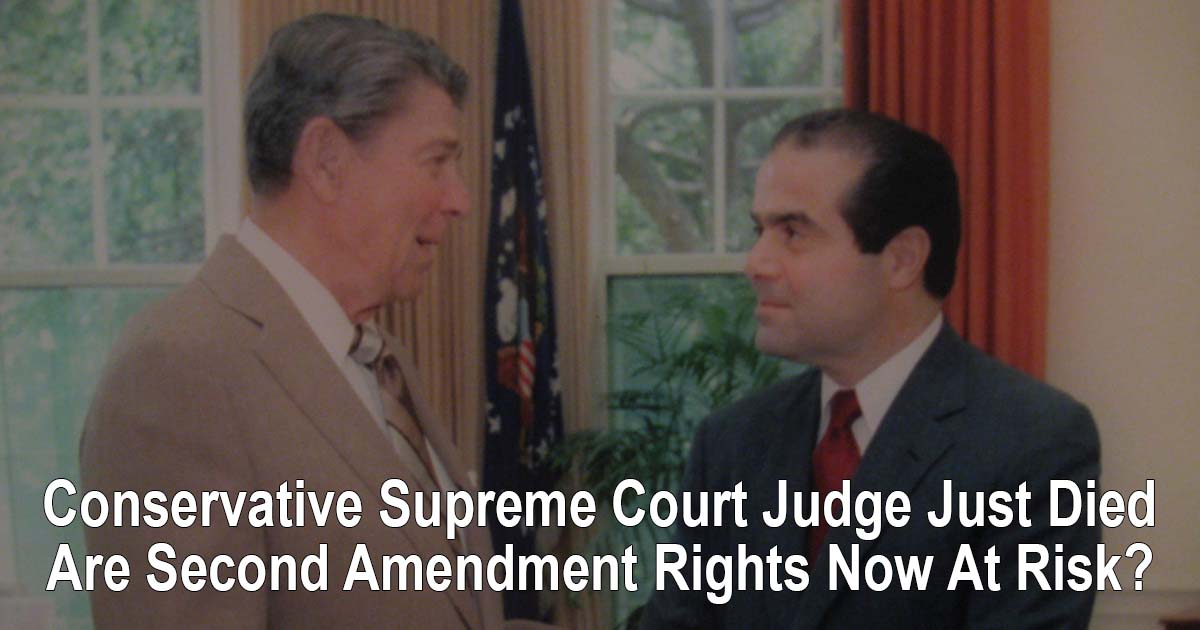 Scalia’s death could have wide-ranging effects in several key areas of American life. As the longest serving Supreme Court justice, he was a staunch conservative and vocal advocate for limited government and strict adherence to the constitution.

With his spot on The Court now open, President Obama will be given the opportunity to name his successor. Given Obama’s liberal politics, it’s a fair certainty that he will nominate a candidate that shares his left-leaning view of the world.

An example of the importance of Scalia’s conservative perspective on the Supreme Court is the landmark decision of District of Columbia vs. Heller. This 2008 decision was decided by a vote of five justices to four and gave great support to Second Amendment rights. Here are the details of that decision (from Wikipedia):

District of Columbia v. Heller, 554 U.S. 570 (2008), was a landmark case in which the Supreme Court of the United States held in a 5-4 decision that the Second Amendment to the United States Constitution applies to federal enclaves and protects an individual’s right to possess a firearm for traditionally lawful purposes, such as self-defense within the home. The decision did not address the question of whether the Second Amendment extends beyond federal enclaves to the states, which was addressed later by McDonald v. Chicago (2010). It was the first Supreme Court case to decide whether the Second Amendment protects an individual right to keep and bear arms for self-defense.

On June 26, 2008, the Supreme Court affirmed the Court of Appeals for the D.C. Circuit in Heller v. District of Columbia. The Supreme Court struck down provisions of the Firearms Control Regulations Act of 1975 as unconstitutional, determined that handguns are “arms” for the purposes of the Second Amendment, found that the Regulations Act was an unconstitutional ban, and struck down the portion of the Regulations Act that requires all firearms including rifles and shotguns be kept “unloaded and disassembled or bound by a trigger lock.” Prior to this decision the Firearms Control Regulation Act of 1975 also restricted residents from owning handguns except for those registered prior to 1975.

If a similar case were to come to The Court, after a liberal replacement for Scalia is named, it would likely be decided in the opposite direction – restraining gun rights rather than supporting them.

The death of Scalia is an example of why elections matter. The party in power gets to name the judges; the judges get to interpret the laws and the rest of us are stuck having to live under them.