Home Cyber Threats Your Data At Risk: ‘26.83% Of All Passwords Could Be Guessed By Attempting These 20 Combinations!’ 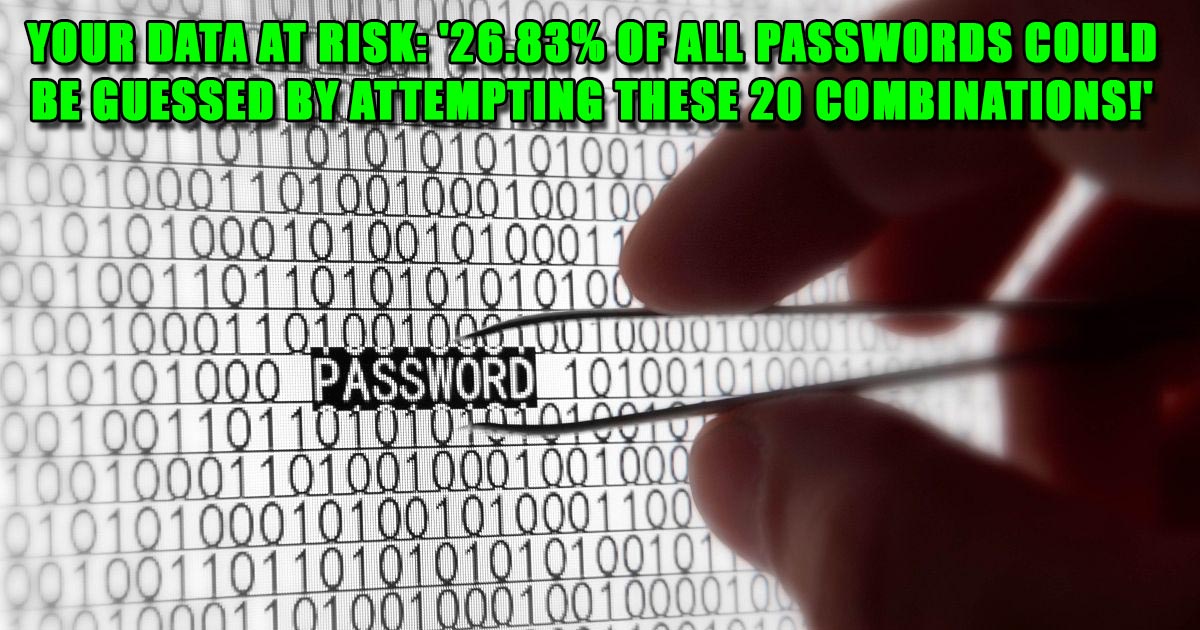 For those of you still living on the grid, you’re probably miserably maintaining 5-10 various passwords at any given moment.

Many of you – for ease of remembrance – have the same or similar passwords for multiple accounts, networks, etc.

…it’s staggering how popular this password appears to be. Utterly staggering at the lack of imagination…

The next most popular 4-digit PIN in use is 1111 with over 6% of passwords being this.

If you’d like to see all of Berry’s pretty data graphs, check out his full report here.