Home News You May Live In An Earthquake Zone And Not Know It – Check Our Map! 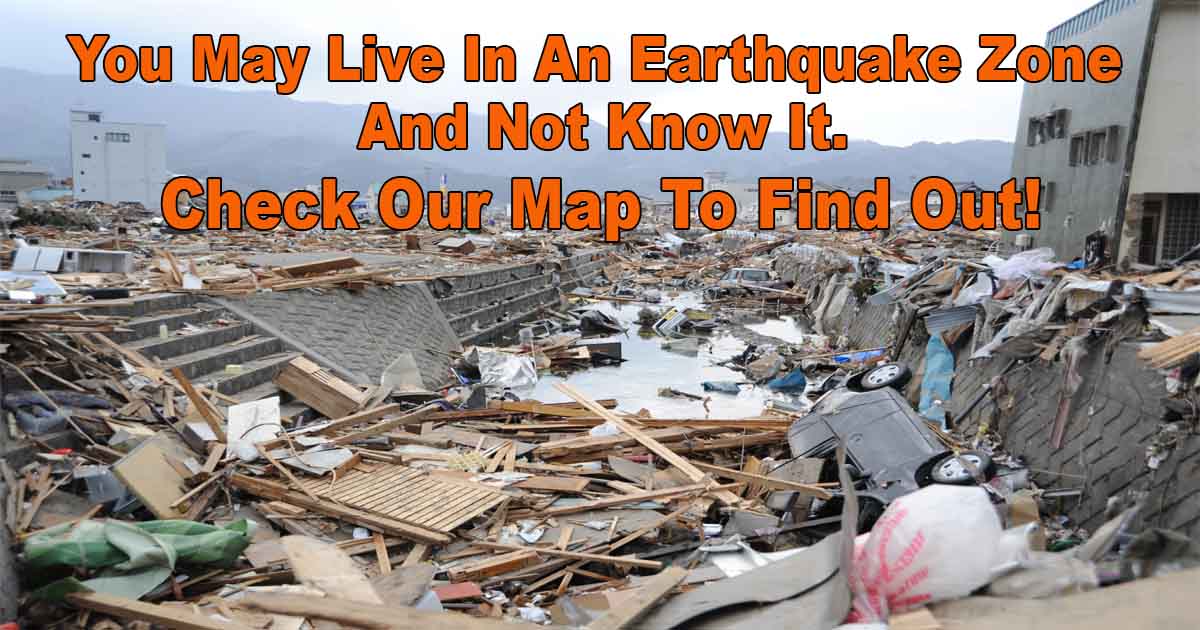 If you think Californians are the only ones that have to worry about the “Big One,” you are very, very wrong!

An earthquake can be one of the most devastating natural disasters, with the power to level buildings and destroy the infrastructure that we rely on to hold our civilization together.

While quakes are most often thought of as a California problem, there are several lesser-known earthquake fault zones with the potential to do even more damage than the well-known San Andreas fault.

Some of these faults are capable of producing quakes bigger than the 1906 San Francisco quake, but because the time between major jolts is longer than in California, many people who live near these faults don’t even know they are there.

Wired goes on to list the five most dangerous earthquake “hot spots” outside of California. They are:

Known as the Cascadia Subduction Zone, this 680-mile long stretch of colliding land mass 50 miles offshore of Oregon, Washington state and southern British Columbia is capable of generating magnitude 9 earthquakes 30 times more powerful than the worst the San Andreas can dish out.

In 1811 and 1812, a swarm of at least three massive earthquakes struck near New Madrid, the largest of which exceeded a magnitude 8 and caused violent, damaging shaking in an area 10 times larger than did the 1906 earthquake. The quake was felt over an area of two million square miles — nearly two-thirds of the country.

The forces that have built Utah’s incredibly scenic landscape are also the source of a very serious and potentially deadly seismic hazard. Running along the base of the western edge of the Rocky Mountains, the 240-mile Wasatch Fault lies underneath Salt Lake City and the state’s urban corridor, home to 1.6 million people.

The second-largest earthquake ever recorded struck Alaska’s Prince William Sound in 1964. The magnitude 9.2 quake killed 128 people, most by the resulting tsunami.

Hawaii is well known for its volcanic hazard, but the islands are also susceptible to major earthquakes such as a magnitude 7.9 quake in 1868 that killed 77 people. 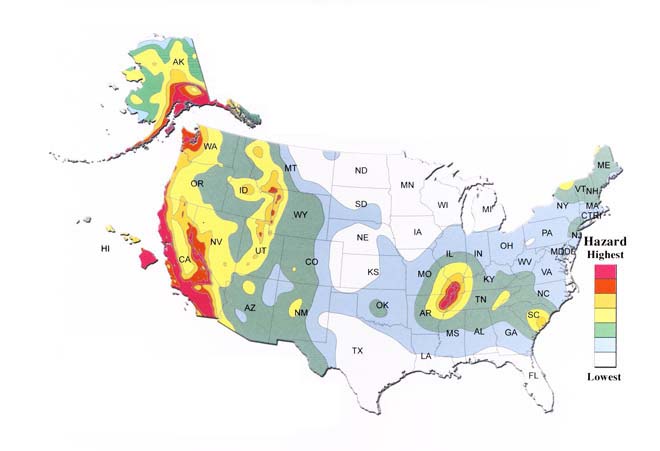