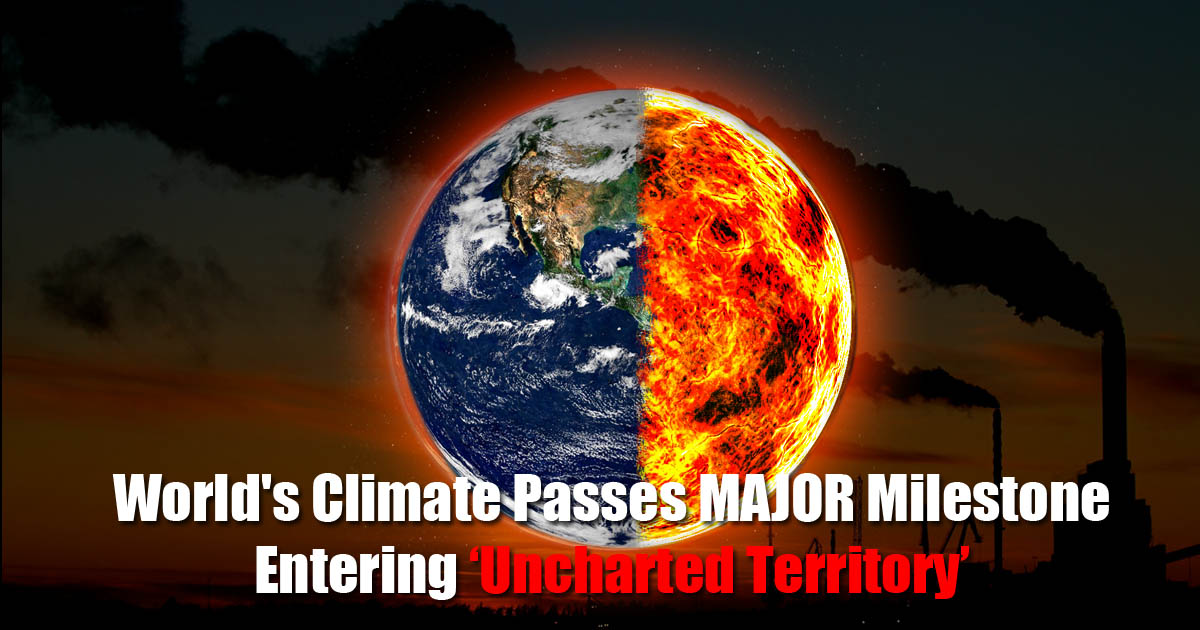 Scientists at the UK’s Met Office reported this month that global climate change is set to pass the milestone of 1 degree Celsius of warming since pre-industrial times by the end of 2015, representing “uncharted territory.”

They warn that the world is already past threshold that could result in dangerous climate change. And it’s happening at a frighteningly fast pace.

“This is the first time we’re set to reach the 1C marker and it’s clear that it is human influence driving our modern climate into uncharted territory,” said Stephen Belcher, director of the Met Office’s Hadley Centre.

Global temperatures for 2015 are so far beating past records “by a country mile”, scientists said, setting it to be the hottest on record.

The World Meteorological Organization went on announced that the year 2016 we would see concentrations of carbon dioxide in the atmosphere exceed 400ppm on average, due to continued use of fossil fuels.

“It means hotter global temperatures, more extreme weather events like heatwaves and floods, melting ice, rising sea levels and increased acidity of the oceans. This is happening now and we are moving into unchartered territory at a frightening speed,” said Michel Jarraud, Secretary General of the WMO.

The announcement was made just prior to the Paris summit in an effort to increase pressure on negotiators to avert “catastrophic” global warming that is expected to exceed beyond 2C of warming.

Climate researchers agree that an increase in global average temperatures of 2C above pre-industrial levels would result in life-altering consequences in terms of extreme weather, accelerated melting of polar ice, and rising sea-levels.