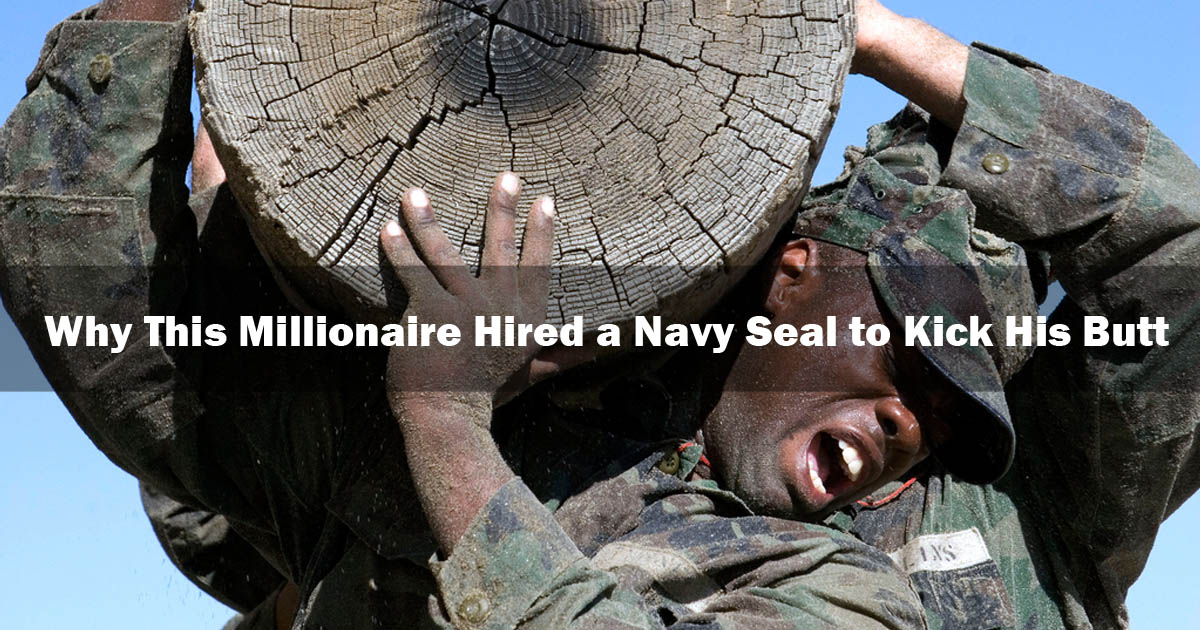 Have you ever wondered what it would be like to have a member of the US military elite kick your butt into shape?

Well, that’s exactly what one Millionaire did after he found himself in a rut and generally bored with his everyday life.

Former CEO, rapper, and investor, Jesse Itzler, decided that the best way to shake things up was to invite a Navy Seal into his home for a month to yell, kick, and scream some excitement back into his life.

“I felt like I was drifting on autopilot in my life. Wake up, go to work, go to the gym — repeat. I wanted to shake things up. I wanted to get better.” Jesse said.

Needless to say, it takes serious balls to invite one of this planet’s baddest mofos into your home for a month – but heck, don’t say you wouldn’t at least consider it too if money were no object.

When asked why he would do something as unusual as this Jesse replied, “It actually had nothing to do with money at all. I was after the psychological side of Seal. What makes him tick? Where does all his drive and motivation come from? This was a man that had a focus unlike anything I had ever seen. I wanted to learn more about that mindset and apply it to my life. Interestingly, I learned that some of his drive and good habits are tied to the simplicity of his life. Not that I’m going to sell everything and live out of a backpack, but I learned a lot of valuable life lessons. “