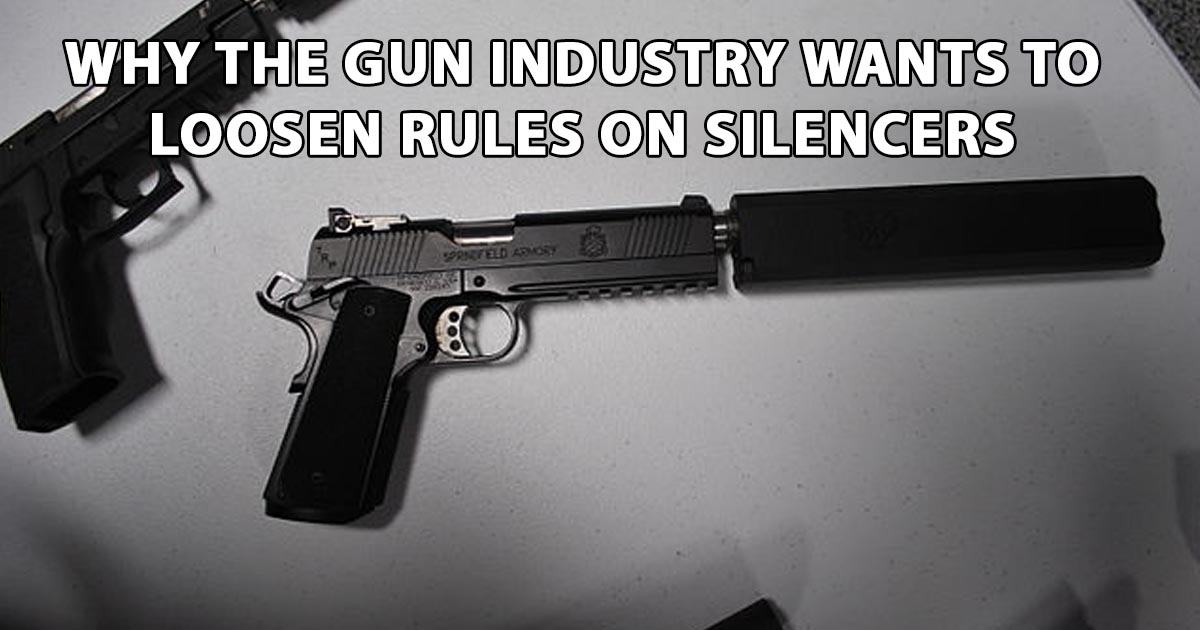 When you think of the gun silencer, the first images that pop into your head might be hitmen or James Bond – these are precisely the images that The U.S. gun industry is trying to shake off as they attempt to rebrand it as a hearing-protection device in a campaign to roll back regulations that date to the 1930s.

Sales of silencers, aka suppressors, are surging. According to the ATF, the number of silencers registered with the U.S. government has more than doubled in February 2015 from March 2012.

Want to score one for yourself? Expect to pay a $200 fee, as well as submit fingerprints and a photograph, and secure the approval of your local police chief. Additionally, approval by ATF typically takes four to nine months.

Read more and see why some want to limit the sale of silencers here.