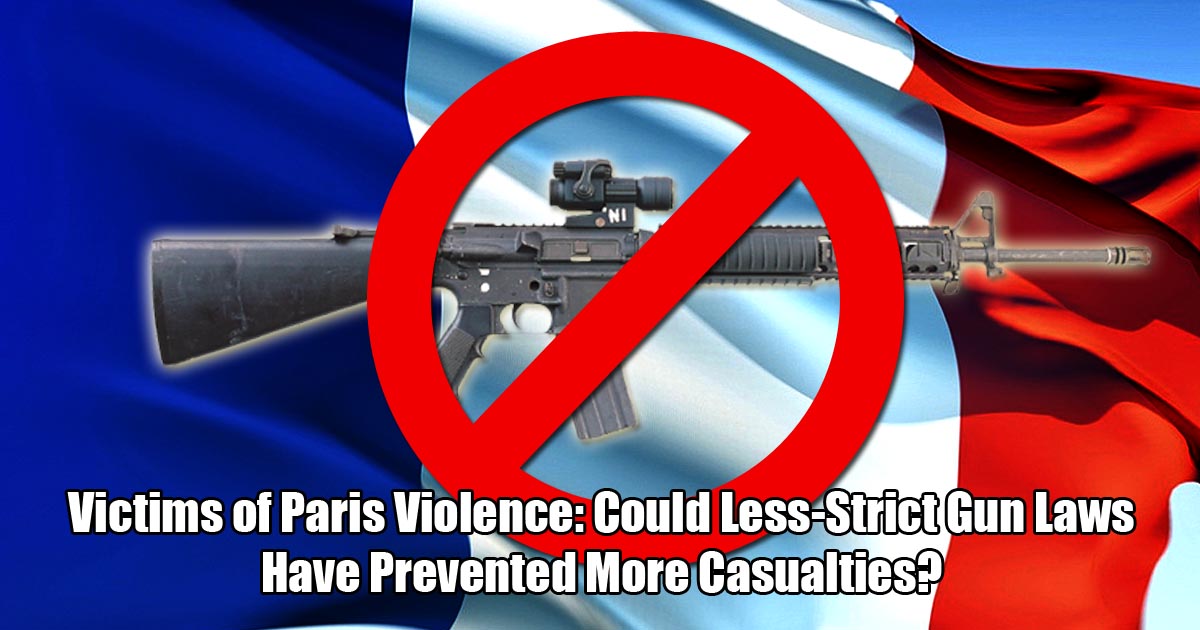 At the time of writing this, France is currently experiencing the worst terrorist attacks in the history of its nation.

Reports coming in over the last 12 hours put the confirmed dead over 120, and that number is projected to increase as the French military work to restore order to a city that was instantaneously gripped in fear and chaos on Friday. These attacks come less than a year after the terrorist attack on French satirical newspaper Charlie Hebdo that left 12 dead.

Events such as these raise plenty of questions, a major one being whether or not the current gun laws in France are in fact beneficial to a nation that has landed it on the multiple terrorist “hit lists.”

According to the University of Sydney’s website gunpolicy.org, gun control in France is categorized as “restrictive” meaning that unlike in the U.S., France DOES NOT have a “right to bear arms.”

Should a French citizen desire to procure a firearm, he/she must first obtain a special hunting or shooting sporting license that requires a psychological evaluation and regular renewal. Weapons classified as semi-automatic or can hold more than three rounds, as well as rifles and handguns with military-grade calibers, require additional permits. Fully-automatic weapons are illegal.

Illegal ownership or possession carries with it a punishment of up to seven years in prison, plus a fine.

With such strict laws in place, do you think the terrorists responsible for Friday’s attacks followed protocol to obtain the proper weapons licenses? Think again.

Experts have already voiced their opinions that the weapons used in the attacks struck a resemblance to those used in the Charlie Hebdo attacks and strongly believe that they were smuggled in from manufacturers in Eastern Europe and purchase through the arms black market.

The current gun laws in place meant to protect French citizens have now been shown in multiple instances to have utterly failed them – leaving the everyday citizen vulnerable and a target for future attacks.

If even ONE of the hostages within the Bataclan Concert Hall on Friday were allowed to carry on his/her persons, perhaps an armed civilian intervention would’ve resulted in a different outcome.

“French flag” by wisegie is licensed under CC BY 2.0

“M16A4 Rifle” by Program Executive Office Soldier is licensed under CC BY 2.0