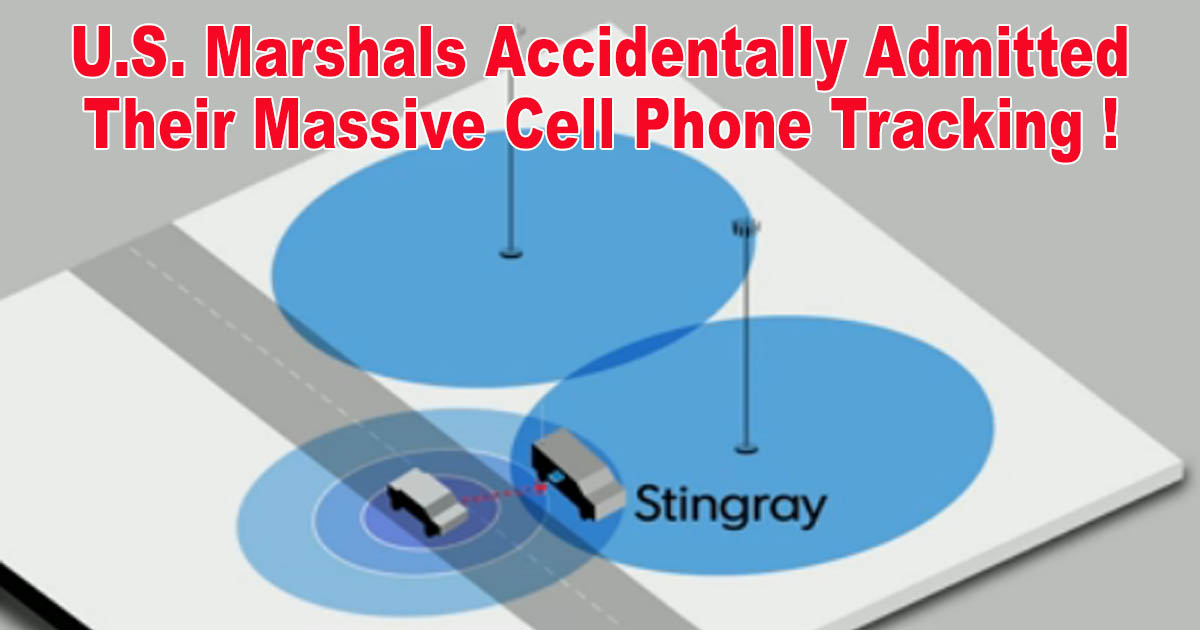 While trying to keep it secret, the U.S. Marshals Service just revealed the surprising scale of their cell phone tracking activities!

In response to a Freedom of Information Act (FOIA) request from USA Today about surveillance activity, the Marshals provided a spreadsheet that they heavily censored in an attempt to keep the information secret. What was interesting was the introduction to their response.

Pursuant to your request, the USMS conducted a search of the Investigative Operations Division and located a listing of IMSI catcher use.

The IMSI catcher is another name for what has become known as a Stingray device. The Stingray is (from Wikipedia):

The StingRay is an IMSI-catcher, a controversial cellular phone surveillance device, manufactured by Harris Corporation. Initially developed for the military and intelligence community, the StingRay and similar Harris devices are in widespread use by local and state law enforcement agencies across the United States and possibly covertly in the United Kingdom.[citation needed] Stingray has also become a generic name to describe these kinds of devices.

While the use of the Stingray by domestic law enforcement was an open secret, this is the first time the Marshals have admitted to its use.

The next shocking detail of the document was the count of incidences where the device was used. In total, it 5,975 cases of Stingray surveillance by the Marshals.

You can read the full story at USA Today.

And remember, this is just the U.S. Marshal Service. We have no idea of the scope of cell phone surveillance by other local, state and federal law enforcement authorities.

At this point, between the NSA collecting whatever they collect, and various levels of law enforcement engaging in their own activities, it’s probably safe to assume that most every electronic conversation we have is being monitored.