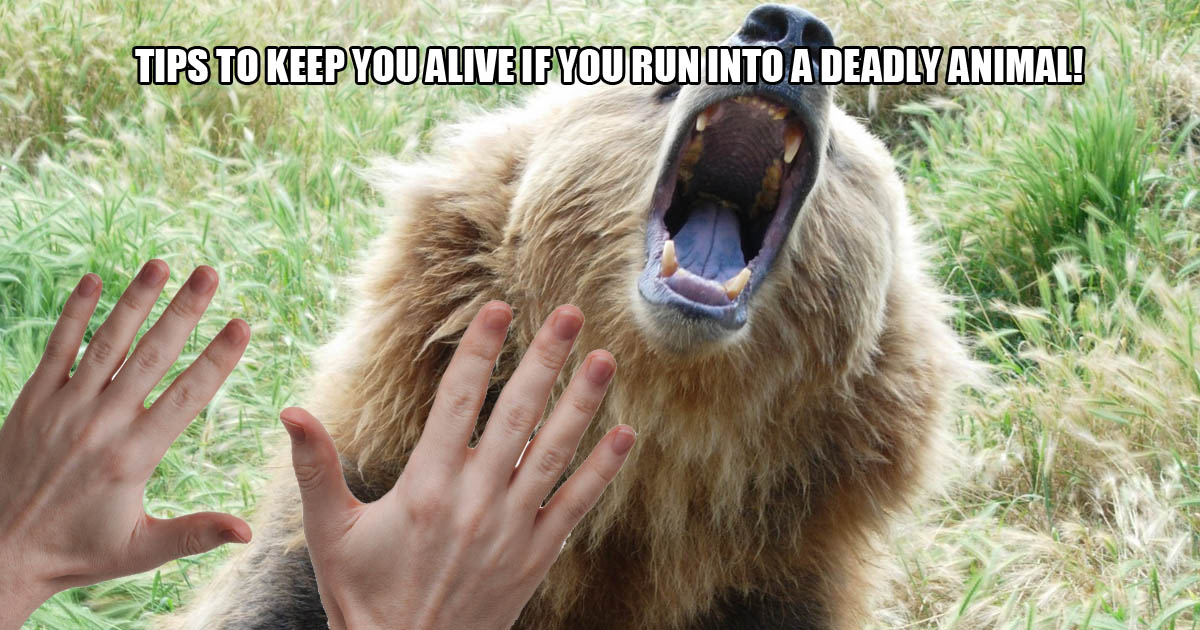 When you’re living in the wilderness, threats will come from everywhere. And if the elements aren’t trying to kill you, some animals might be.

From the safety of your desk at work, it’s easy to fall into the assumption that we, as humans, are on top of the food chain. In the wilderness, however, this can change – and quickly.

So, what should you do should you encounter a deadly animal in the wild?

This publication from the BC government acts as an excellent resource and explains that ultimately it will depend on the type of animal and their behavior. Several key points are apparent, however:

Tip #2: Respect the animals and remember that you are in their home territory.

Tip #3: Make your presence known by making noise. Animals do not like to be surprised!

Tip #4: Store food and other scented items properly so as not to attract curious critters.

Tip #5: Always give an animal an escape route, so they do not feel trapped. Some otherwise docile animals will attack when they feel cornered.

Tip #6: Back away slowly but never run if an animal begins to act aggressively or follow you.
The guide also describes how you should react if worse comes to worse and you are forced to battle with animals of various sizes:

For small animals such as a cougar, black or young grizzly bear, fight back and be as aggressively and intimidating as possible. Do not play dead. Many smaller animals are skilled at climbing so do not climb trees as this will not help you. Attempt to appear as large as possible. Expose your teeth. Throw sticks and rocks and attack vulnerable spots on the animal such as the eyes and nose.

Encountering animals in the wilderness can be a scary experience. Use these tips to keep you safe and alive!

Photo courtesy of mackenzie and john