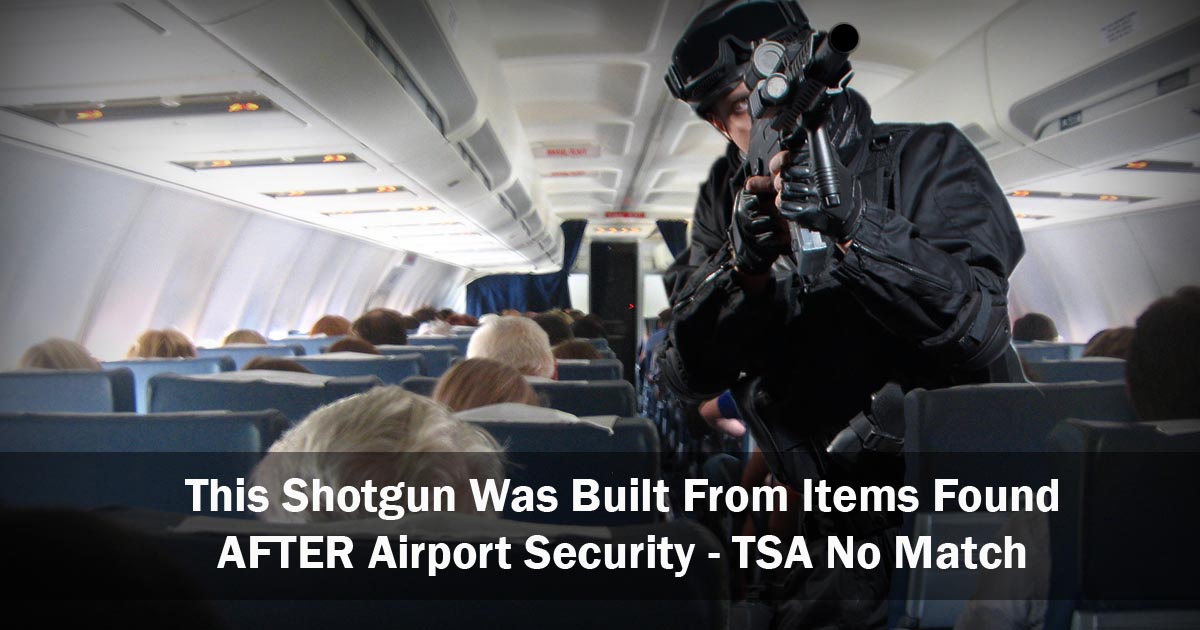 When he’s not working his day job as a programmer, Evan Booth spends his free time designing and hacking together a variety of homemade weapons, constructed out of items commonly found in airports.

No, he’s not the next major terrorist threat but rather a man attempting to demonstrate – albeit in a half silly, half disturbing way – that weapons are everywhere and that perhaps the TSA is not doing their implied job, which is keeping us safe.

“I think people have kind of been suspecting that the type of things I’ve built are possible,” says Booth, “I just don’t think anyone’s ever taken the time to do it.”

Recently, Booth created what he’s calling the BLUNDERBUSSness Class, a type of “shotgun” that was hobbled together using unsuspecting items that he claims can be found in just about any airport across the globe.

His weapons are typically low-tech but cause some serious damage, including blowing a watermelon to pieces and turning drywall into Swiss cheese.

Watch this video to see the BLUNDERBUSSness Class in action:

Photo by Iwan Gabovitch is licensed under CC BY 2.0