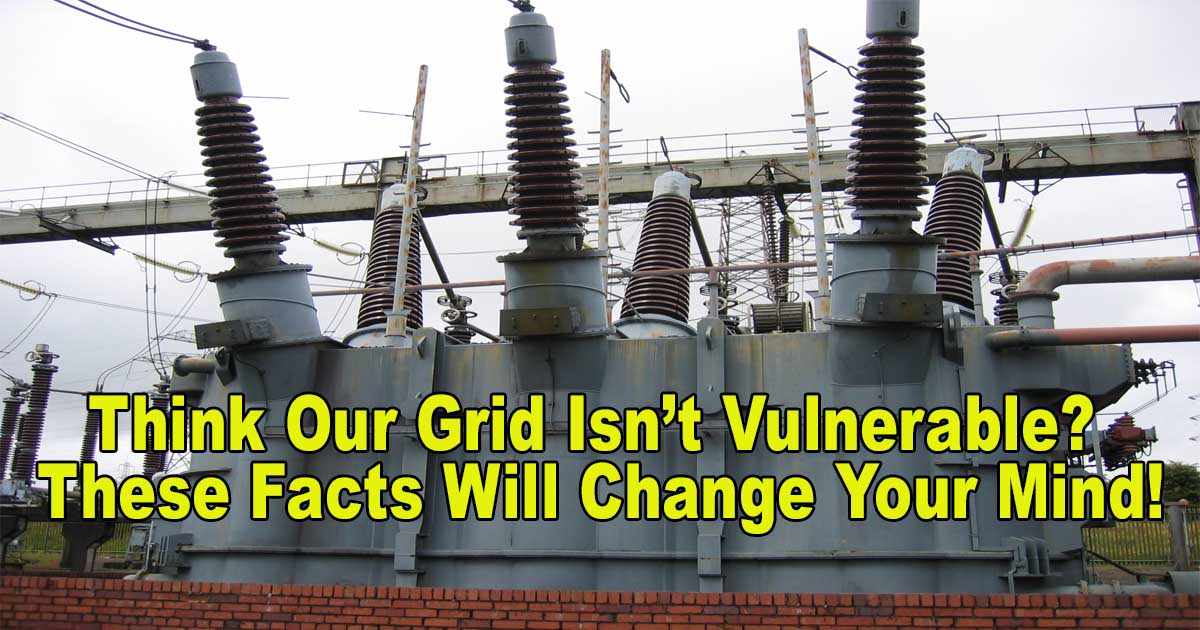 A shocking new book written by one of the world’s most respected journalists, explains in great (and scary) detail, just how vulnerable the United States’ electrical grid really is.

Former Nightline host, Ted Koppel’s new book is a shocker. Titled “Lights Out”, it goes into great detail about the vulnerabilities of our aging power grid. 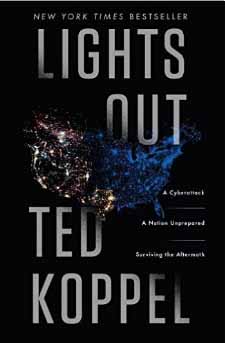 Koppel is known for being a no-nonsense reporter who would never be described as a conspiracy theorist. And, that is exactly what makes his findings so alarming. After interviewing industry and government experts, Koppel shares his conclusion that a massive outage is very possible (and highly likely) during the near future.

I strongly suggest you read this book, but here are just a few disturbing facts about just one little piece of our aging power infrastructure – Large Power Transformers (LPTs):

No country in the world has a larger base of installed large power transformers than the United States, and that base is aging. The Department of Energy reports that these “critical component[s] of the bulk transmission grid” are, on average, thirty-eight to forty years old.

A senior DOE official told me that age in itself is not of great concern, as transformers have no moving parts. Still, the DOE’s own report, published in April 2014, lays out the potential consequences of failure bluntly: “Power transformers have long been a concern for the U.S. Electricity Sector. The failure of a single unit could result in temporary service interruption and considerable revenue loss, as well as incur replacement and other collateral costs.

Should several of these units fail at the same time, it will be challenging to replace.” “Challenging to replace” doesn’t fully capture the scale and complexity of the problem. To begin, the number of large power transformers (LPTs) in use in the United States is staggering. There is a great deal of information that the power industry refuses to make public, and the exact number of LPTs is one such statistic.

The industry has competitive, security, and antitrust justifications for its reluctance to share data; that reluctance, however, extends to sharing with the appropriate federal agencies. The Department of Energy can only hazard a guess as to how many large power transformers are in use, but it reports that the number “could be in the range of tens of thousands.” Even if that number is wildly exaggerated (and it’s difficult to imagine why the DOE would do so), the central issue is the difficulty of replacing transformers. “An LPT is a large, custom-built piece of equipment,” the DOE report explained. “Because LPTs are very expensive [$ 3 million to $ 10 million each] and tailored to customers’ specifications, they are usually neither interchangeable with each other nor produced for extensive spare inventories.”

Consider the sum of all those factors. Conservatively, there are thousands of aging transformers, most custom-built, unable to be ordered from a catalogue or mass-produced, each costing somewhere in the neighborhood of $ 3 million to $ 10 million. Add to this that there are only a handful of plants in the United States capable of building an LPT— as of this writing, ten such facilities. The vast majority of large power transformers are built overseas, and more than 75 percent of those purchased by the U.S. energy sector must be procured overseas.

The estimated lead time, the time from production through shipping to delivery, is commonly between one and two years, and never less than six months. These transformers are so enormous— anywhere from 400,000 to 600,000 pounds— that they cannot be transported on a standard railroad freight car. It requires the use of a specialized railroad freight car known as a Schnabel.

There are only about thirty of these in North America, and as one senior FEMA official conceded, some of the original transformers were delivered so many years ago that the rail lines on which they were transported no longer exist. When LPTs are transported by road it calls for a modular device seventy feet long with twelve axles and 190 wheels. The unit occupies two lanes of traffic and requires special permits from each state through which the transport will pass. Because of the enormous dimensions and weight involved, these special permits often call for the prior inspection of various bridges and other pieces of infrastructure along the way. All of this combines to present a critical liability for the resilience of the United States power grid.