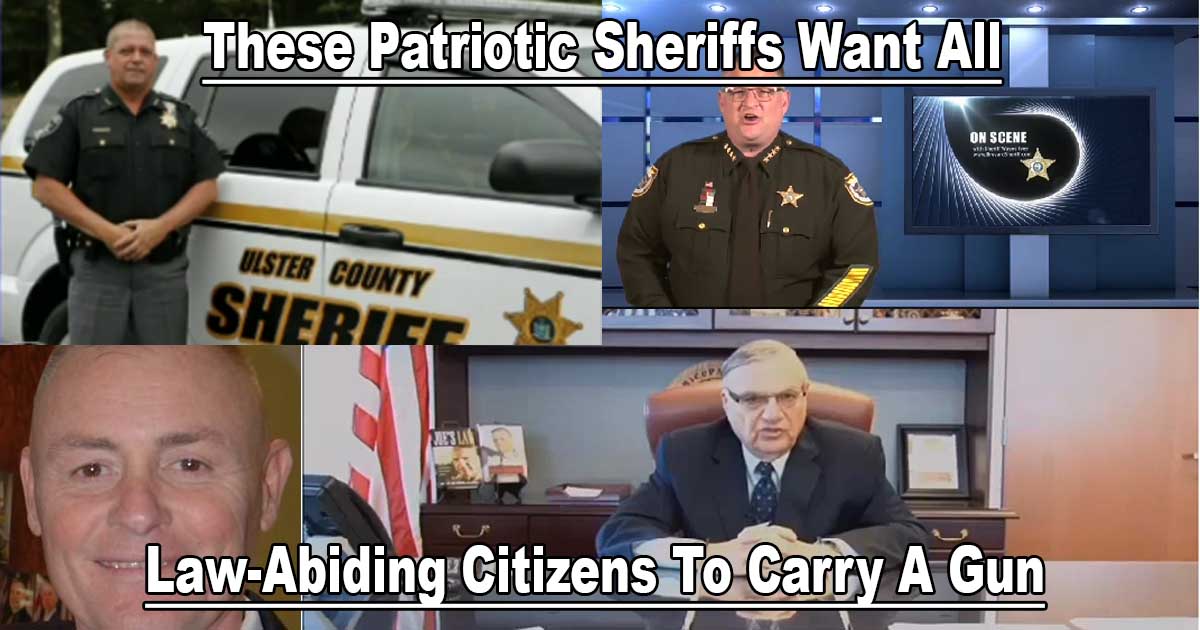 While President Obama and the Democrats continue to insist the cure for terrorism is to make gun ownership for law-abiding citizens more difficult, a group of patriotic sheriffs are not afraid to stand up for the Second Amendment.

“My goal of utilizing 250,000 citizens armed with concealed weapons is to stop the carnage, stop the killing before cops arrive.”

“So let there be no mistake in what I am about to say … the only thing that stops a bad guy with a gun is a good guy with a gun. If you are a person who is legally licensed to carry a firearm, now is the time more than ever to realize that you and you alone may very well be the first line of defense for you, your family, and others around you in a terrorist or active shooter based scenario.”

Boone, Ohio County Sheriff Helmig says it is our responsibility to carry:

“I would also like to remind the people who have applied, been trained, and issued a license to carry a Concealed Deadly Weapon (CCDW) that they also have a responsibility to carry their firearm, which they are proficient with, for the safety of themselves and others. It is also the responsibility of everyone to refresh themselves with the laws that govern the privilege and great responsibility that accompany being a CCDW license holder.

“The police cannot be everywhere. The second amendment and the laws of New York State give citizens the tools to defend themselves and their families from harm, until law enforcement can arrive on the scene.”

So, while many are trying to use the San Bernardino terrorist attacks as an excuse to push more gun control laws, thank God we have patriots in our midst that are not afraid to stand up for our right (and responsibility) to be ready to protect ourselves and our loved ones!