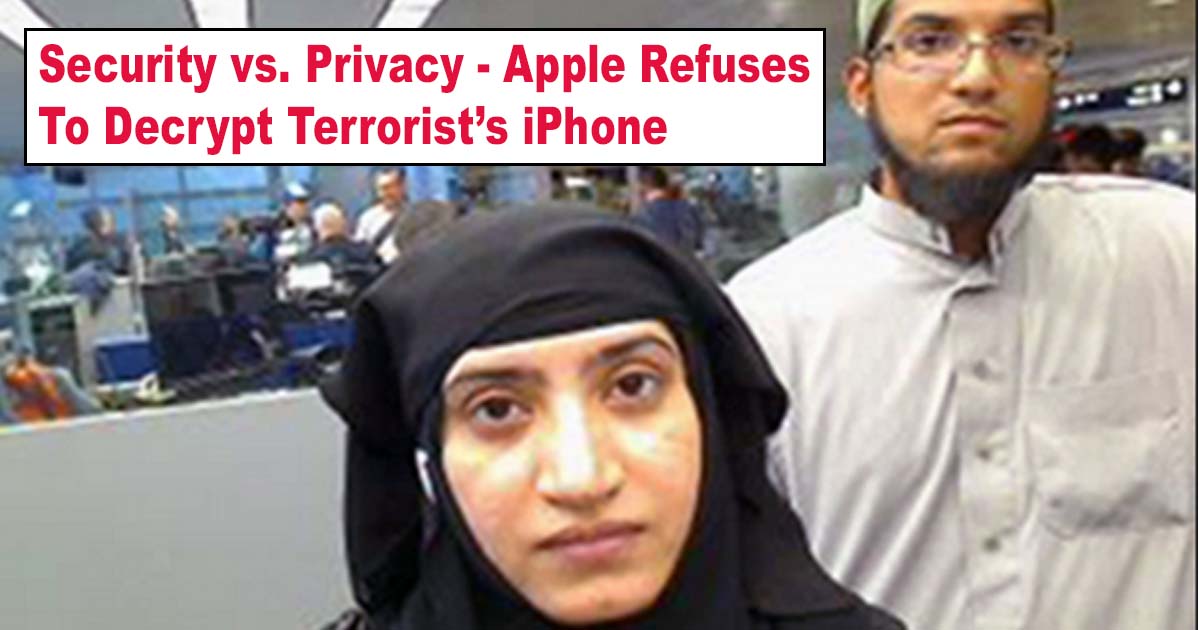 In a situation that perfectly illustrates the raging battle of personal privacy rights vs. the public’s demand for security and safety, Apple’s CEO said he will refuse to comply with a court order directing his company to cooperate with the FBI in accessing the contents of an accused terrorist’s iPhone.

Last night, a California court ordered Apple to assist the FBI in hacking an iPhone. It’s an unprecedented request, one with potentially huge repercussions for the privacy and security of every Apple customer. This morning, Apple CEO Tim Cook posted an impassioned defense of encryption, and signaled the legal battles to come.

The iPhone at hand belonged to one of the San Bernardino shooters, the couple who took 14 lives in an attack last December. But the open letter to Apple customers posted on Apple’s website early Wednesday morning is significant in that it doesn’t just respond to this court order and incident, specifically, but to the importance of encryption at large.

“For many years, we have used encryption to protect our customers’ personal data because we believe it’s the only way to keep their information safe,” writes cook in the lengthy response. “We have even put that data out of our own reach, because we believe the contents of your iPhone are none of our business.”

Cook further explains his stance against cooperating with the court order:

“The FBI wants us to make a new version of the iPhone operating system, circumventing several important security features, and install it on an iPhone recovered during the investigation,” says Cook. “In the wrong hands, this software—which does not exist today—would have the potential to unlock any iPhone in someone’s physical possession. The FBI may use different words to describe this tool, but make no mistake: Building a version of iOS that bypasses security in this way would undeniably create a backdoor. ”

The controversy quickly spilled into politics, with Donald Trump weighing in:

“I agree 100% with the courts. In that case, we should open it up,” Trump said in an interview with Fox News on Wednesday.

However this particular issue is ultimately resolved, it’s just one skirmish in a much larger battle – a battle that will only get more intense as our society tries to strike a balance between surveillance and privacy.