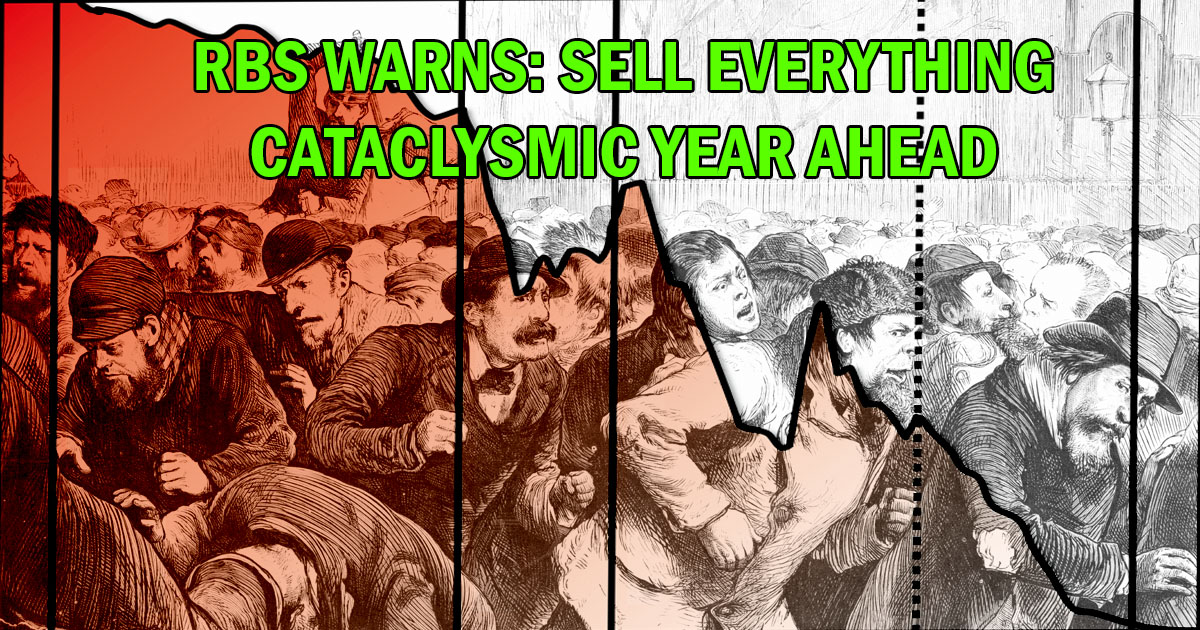 The Royal Bank of Scotland economists have urged investors to “sell everything except high quality bonds,” warning of a “fairly cataclysmic year ahead.”

According to an article just released by the Wall Street Journal:

Writing in a client note dated Jan. 8, the bank’s European rates research team said that clients should be concentrating on return of capital, not return on capital, and that an ominous outlook to the world economy “all looks similar to 2008.”

“The world is slowing, trade is slowing, credit is slowing, we are in a currency war, global disinflation is turning to global deflation as China finally realizes what it needs to do (devalue soon, and sharp) and the U.S. then, against ALL THIS countervailing pressure, then stokes the fire by hiking rates,” Mr. Roberts wrote.