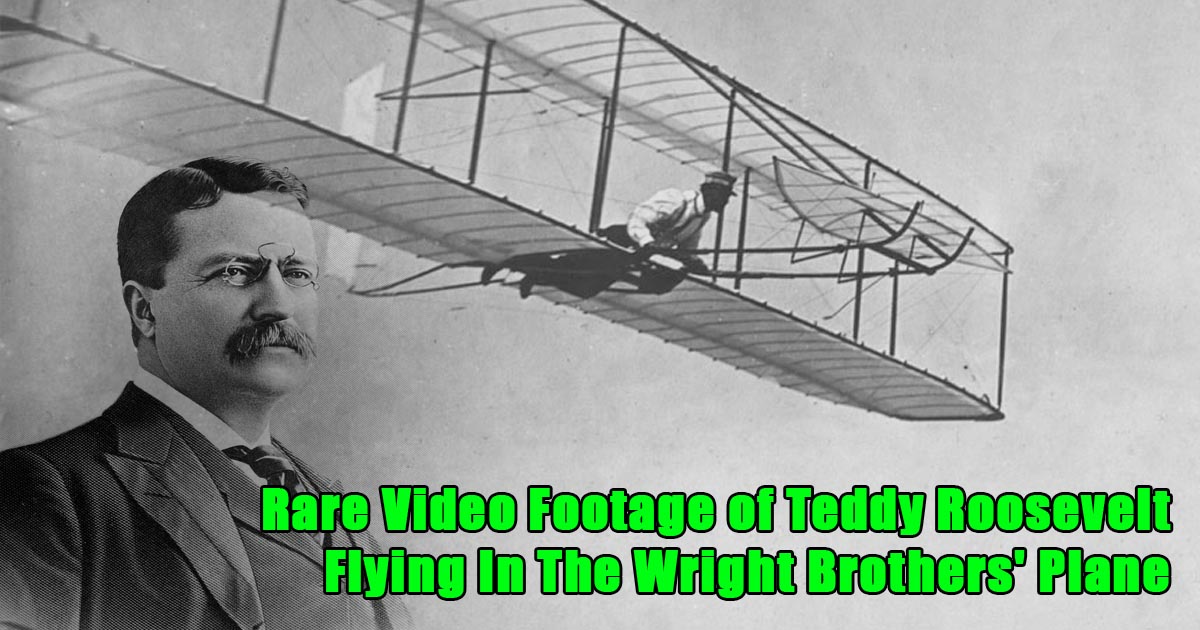 While participating in the Missouri State Republican Party’s campaign on October 11, 1910, former US President, Teddy Roosevelt, was invited to fly in an original Wright Brothers biplane. Accompanying him was former Governor of Missouri, Herbert S. Hadley, as well as two other men.

The film shows Roosevelt arriving in a motorcade at the Kinloch aviation field before entering the passenger seat of biplane and includes long shots of the historic aircraft flying.

Less than three months after this filmed flight, the pilot, Archibald Hoxsey, perished in a plane crash while trying to set a new altitude record.

Check out the video: