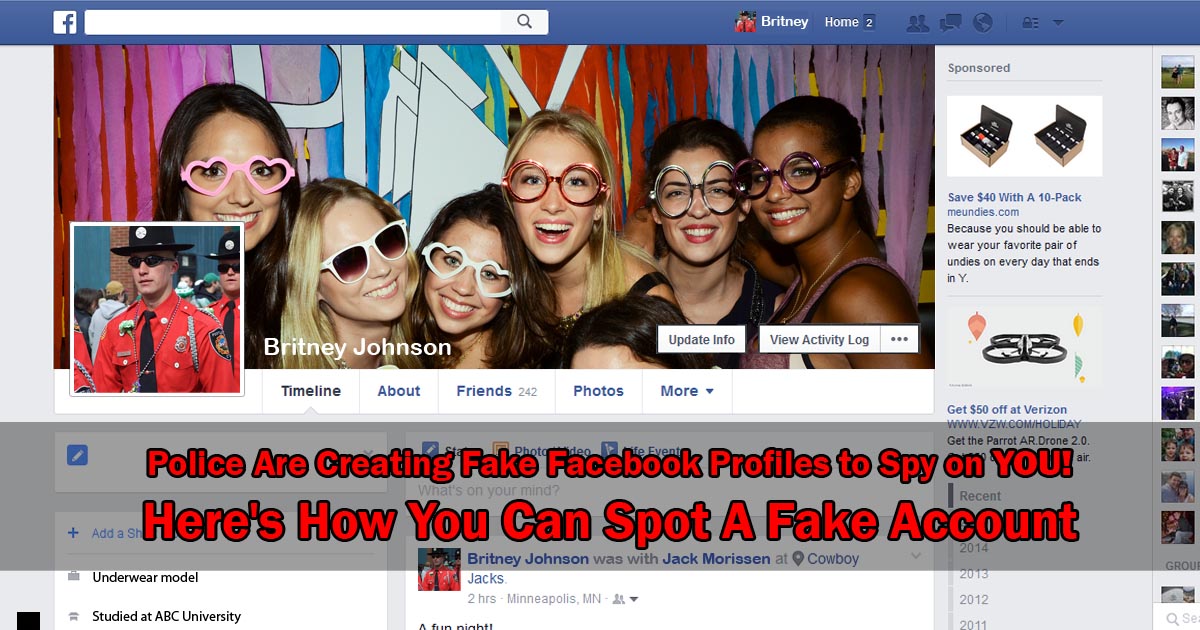 Across the nation, police departments are attempting to take predictive crime prevention to the next level by creating fake Facebook accounts to gather information about people and local events.

In essence, these local agents are posing as “friends” and members of the community to allow then to get close to unsuspecting victims to gather personal information about them. Agents are targeting suspects who they consider high risk or committing future crimes or those who have existing charges.

In some cases, the NYPD has even used photos of young, attractive women on Facebook to specifically target and spy on gang members, according to a report from the New York Times.

So, how can you tell if you’re being targeted online by your local police? Here are a couple things to look out for:

#3 Many fake accounts will only have one image or a false profile photo of the person. Most Facebook users will have more photos posted over a longer period.

#4 Take a look at the user’s Friends. Fake accounts will often have very few Friends in common with you or a lack of Friends in general.

#5 A lack of interaction on their page or with Friends can be a sign that the account is fake. Normal accounts will usually have comments, likes, and responses viewable on their timeline over a period of time.

#6 You should be suspicious of profile pictures that seem “too good to be true.” Using attractive models is an easy way to get your attention and your “acceptance” as a Facebook Friend. You can always use reverse image search to see if the image in question is real or fake.

#7 If you are ever in doubt, simply deny the friend request! It’s as easy as that!