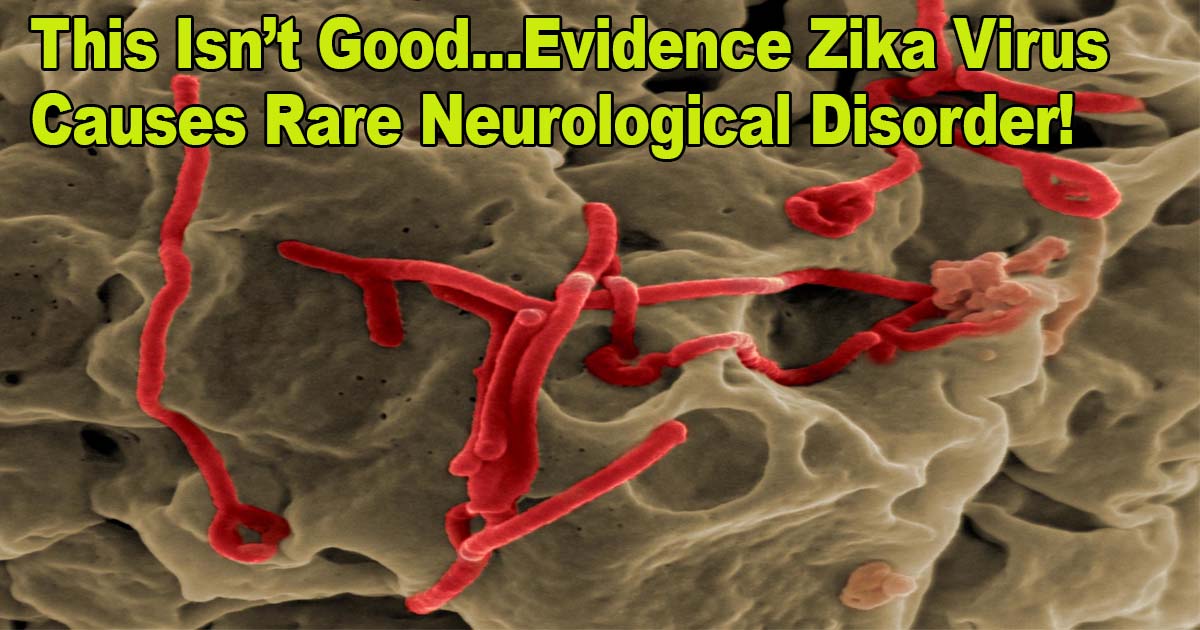 We already know that Zika virus can cause microcephaly (a birth defect in which babies are born with abnormally small heads), now the World Health Organization just dropped a bombshell!

This week, a study of people in French Polynesia indicated a strong link between Zika virus and the neurological disorder Guillain-Barre Syndrome.

The WHO’s deputy chief, Bruce Aylward, said the study “provided compelling evidence that Zika triggers the syndrome.” He also said “The case for the link was made stronger by the lack of evidence pointing to other possible causes for rising cases of microcephaly and GBS.”

Guillain–Barré syndrome is (from Wikipedia):

…a rapid-onset muscle weakness caused by the immune system damaging the peripheral nervous system. Many experience changes in sensation or develop pain, followed by muscle weakness beginning in the feet and hands. The symptoms develop over half a day to two weeks. During the acute phase, the disorder can be life-threatening with about a quarter developing weakness of the breathing muscles and requiring mechanical ventilation. Some are affected by changes in the function of the autonomic nervous system, which can lead to dangerous abnormalities in heart rate and blood pressure.

From a Yahoo News article on the subject:

Nine countries in central and South America affected by the Zika outbreak have recorded an elevated number of GBS cases, according to WHO.

Brazil, which has registered an estimated 1.5 million Zika infections in the current outbreak, has seen 641 cases of microcephaly since October.

At this point, Zika has been fairly isolated to Central and South America, but as warmer weather approach in North America, it seems very likely that Zika will become a major concern in the United States.