Home Survival Skills Is This The Last Free Place in America? Off The Grid: Life on the Mesa 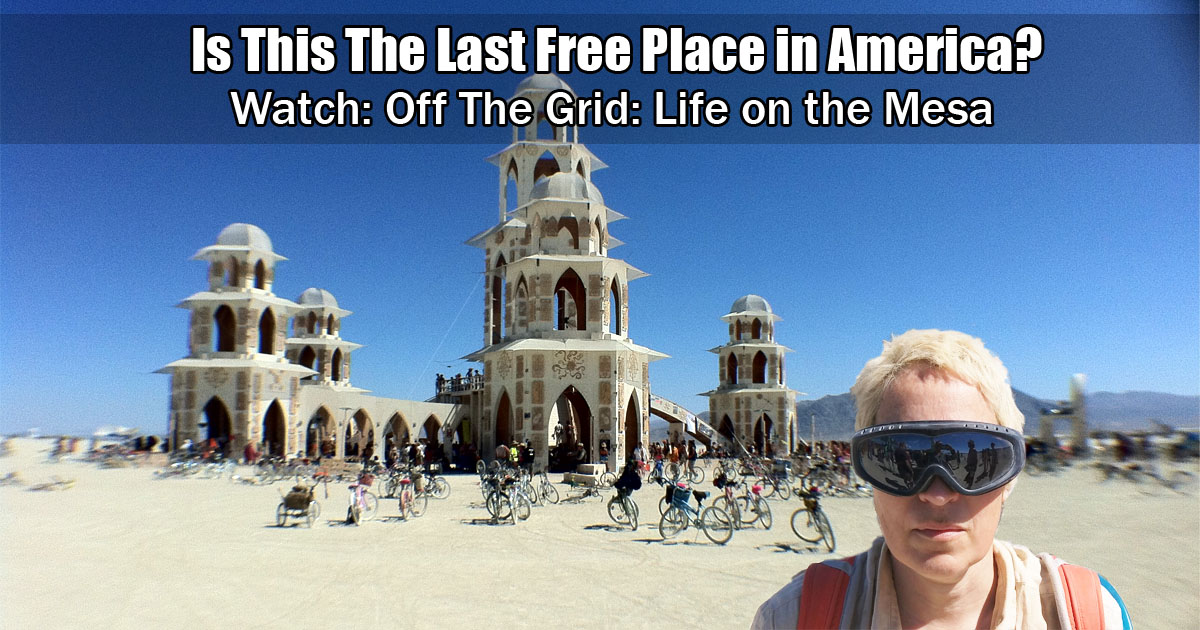 Off the Grid: Life on the Mesa is a 2007 documentary that follows a loose-knit desert community in “the Mesa,” – a location five miles from the Rio Grande and 25 miles from the nearest town.

It has been said that it’s one of the last free places in the United States.

The film’s plot examines several of The Mesa’s residents and their day-to-day lives. One resident builds a home after his previous house burnt down during a government raid for marijuana. An alcoholic Gulf War veteran loses custody of his three children to his estranged wife in Connecticut. Another veteran struggles with cancer and chooses to remain in the Mesa rather than accept treatment. An elderly pig farmer takes in a teenage runaway, who leaves the community and later returns pregnant. A group of young vegans whom the residents call the “Nowhere Kids” begin robbing the homes of other residents. The community pulls together to resolve the situation peacefully, and the Nowhere Kids are allowed to remain in the Mesa. Later, they leave the Mesa on their own.

It’s an interesting watch for anyone who’s ever considered living completely off the grid, while maintaining some aspect of community.