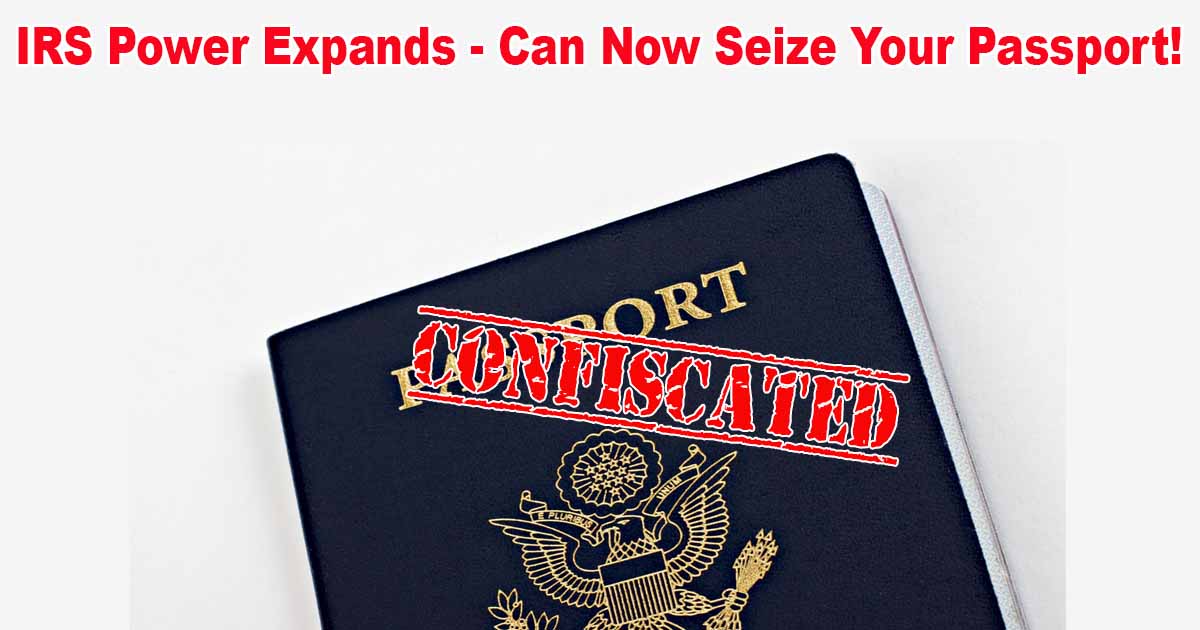 Buried deep inside a highway bill (yes, a highway bill) that was just signed into law by President Obama, is a provision giving the IRS new power to revoke American citizen’s passports for failure to pay taxes!

The bill, known as the “FAST Highway Act,” was passed by Congress and signed into law by Obama on December 12th, 2015.

Beginning in January 2016, the bill gives the IRS authority to revoke the passports of Americans they claim owe more than $50,000 in taxes, penalties and interest. The IRS doesn’t have to prove this debt in a court of law – they simply make the claim of owed taxes, inform the State Department of the claimed debt and the passport is revoked.

And, the law does not provide any recourse to challenge this action before it is taken!

This new law adds to the already-considerable power of the IRS to take your assets. As part of the Civil Asset Forfeiture Reform Act of 2000, the IRS was given the authority to seize the bank accounts of individuals suspected of criminal activity – even without being charged with any crime.

As discussed at The Trumpet.com:

How has America gotten to the point that the government can take your money without even pressing charges against you and without even giving you a chance to defend yourself in court? And now, unelected, unaccountable bureaucrats at an institution with a notorious history of politically motivated witch hunting has the right to revoke your passport if you don’t pay the taxes they say you owe—and you are not even entitled to a day in court!

Innocent until proven guilty, trial by jury, judicial review, separation of powers—are these not principles that America was supposedly founded upon?

How about freedom of movement? Is not the right to travel a fundamental freedom? Do you know that in many states, you soon won’t be able to even board an airplane without a passport? So now the IRS can ban you from flying within America too. How is that constitutional?