Home News If You Don’t Believe In Climate Change, Obama Administration Might Just Sue You! 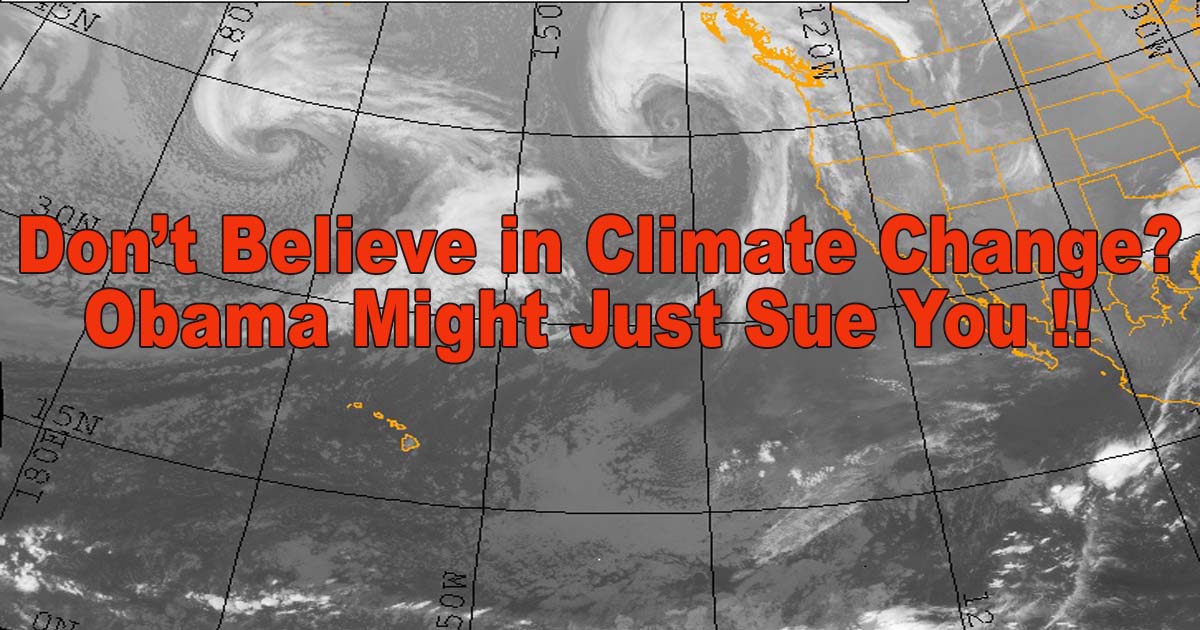 In the land of the free, apparently you can now be sued by the Obama administration if you don’t believe in global warming!

This matter has been discussed. We have received information about it and have referred it to the FBI to consider whether or not it meets the criteria for which we could take action on. I’m not aware of a civil referral at this time.

I will look into that and get back to you, but I’m not aware of a civil referral outside of the one that you just raised,’ added Lynch.

So, Lynch admits that the Department of Justice has asked the FBI to investigate “climate denial schemes.”