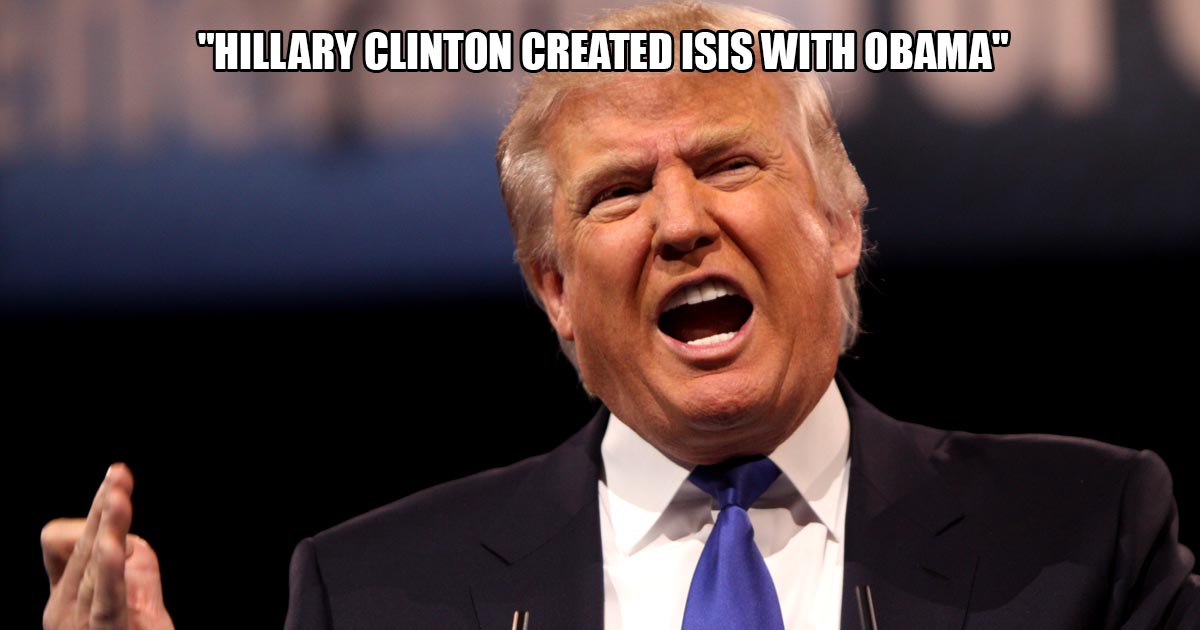 “I’m pretty good at signals, and I see a lot of things happening,”

The Republican presidential who is leading polls by a wide-margin continued,

“One thing I see out there just happened today in Tehran. They’re burning down the Saudi Embassy, you see that? Now, what that is is Iran wants to take over Saudi Arabia. They always have. They want the oil, OK? They’ve always wanted that….I’ve predicted a lot of things, you have to say, including, ‘Get the oil, take the oil, keep the oil.’ Right? I’ve been saying that for three years, and everybody said, ‘Oh, I can’t do that. I mean, this is a sovereign country.’ There is no country!”

Trump then blamed US President Barack Obama as well as former secretary of state Hillary Clinton, for assisting with the Islamic State’s rise to power . He then went on “Fox and Friends” the following morning and repeated his statements that Hillary Clinton “created ISIS.”