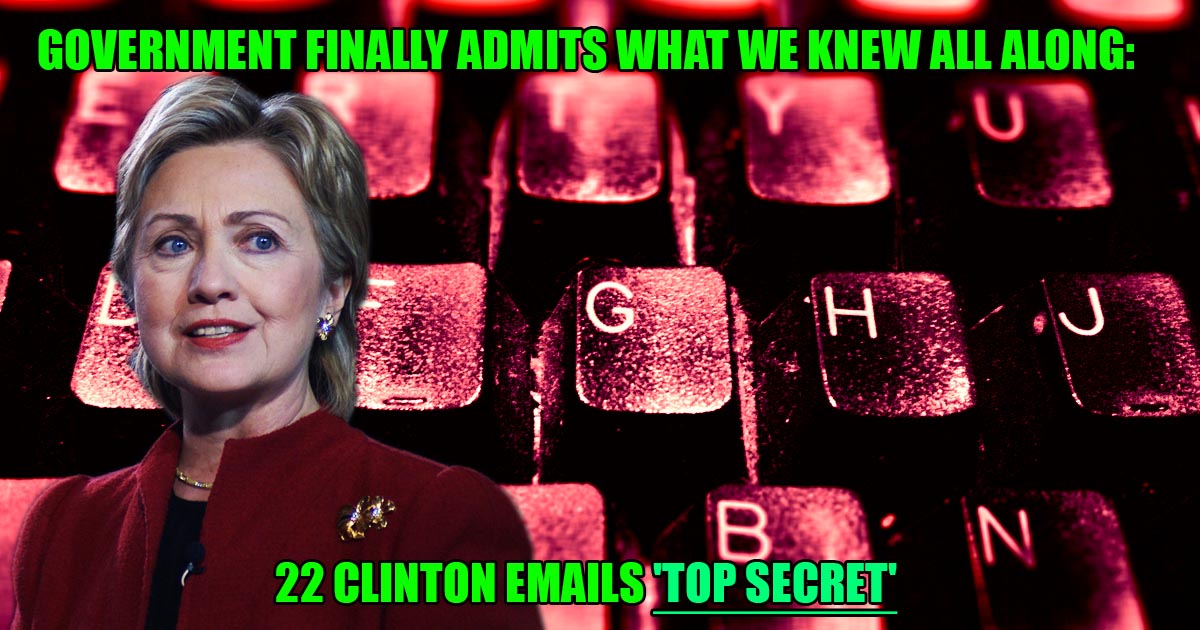 This news comes as no surprise to many but the timing couldn’t be worse for Clinton as she begins to compete in the Iowa presidential caucuses.

According to Associated Press:

State Department officials also said the agency’s Diplomatic Security and Intelligence and Research bureaus are investigating if any of the information was classified at the time of transmission, going to the heart of Clinton’s defense of her email practices.

Clinton, the Democratic presidential front-runner, insists she never sent or received information on her personal email account that was classified at the time. No emails released so far were marked classified, but reviewers previously designated more than 1,000 messages at lower classification levels. Friday’s will be the first at top secret level.

Even if Clinton didn’t write or forward the messages, she still would have been required to report any classification slippages she recognized in emails she received. But without classification markings, that may have been difficult, especially if the information was publicly available.