Home News Federal Court Rules You Can Be Arrested For Just Filming Police. 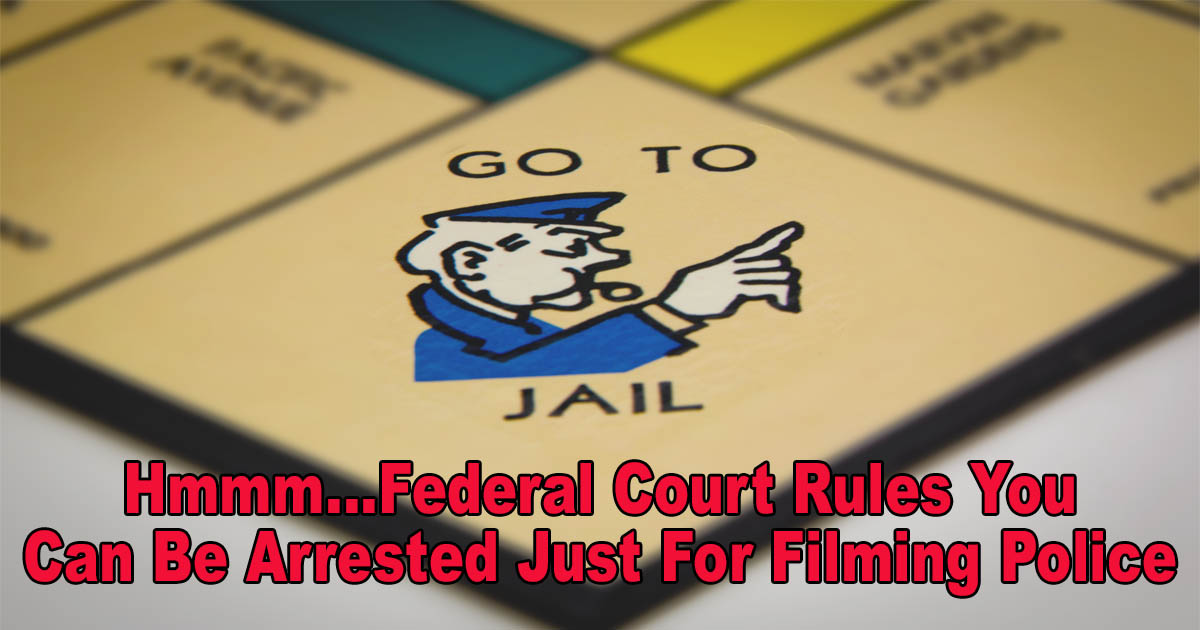 In the land of the free, a federal court in Pennsylvania has just ruled that you can be arrested for simply filming the police!

From The Anti Media’s explanation of this ruling:

Both Fields and Geraci are seeking damages from the Philadelphia Police Department for violating their Constitutional right to videotape public officials. Previous rulings have found the public has a right to record police as form of “expressive conduct,” such as a protest or criticism, which is protected by the First Amendment.

The court held that “there is no First Amendment right under our governing law to observe and record police officers absent some other expressive conduct.”

The court then made a very surprising point that “There is also no evidence any of the officers understood them as communicating any idea or message.”

Interestingly, the court said they took into account a previous federal court ruling that would seem to contradict their decision – “[R]ecording governmental activity, even if that activity is not immediately newsworthy, has the potential to prevent government abuses through scrutiny or to capture those abuses should they occur. As [plaintiff] stated, recording police activity enables citizens to ‘keep them honest,’ an undertaking protected by the First Amendment.”

You can read the full ruling here.

Law professor, Eugene Volokh, disagrees with the ruling in The Washington Post: