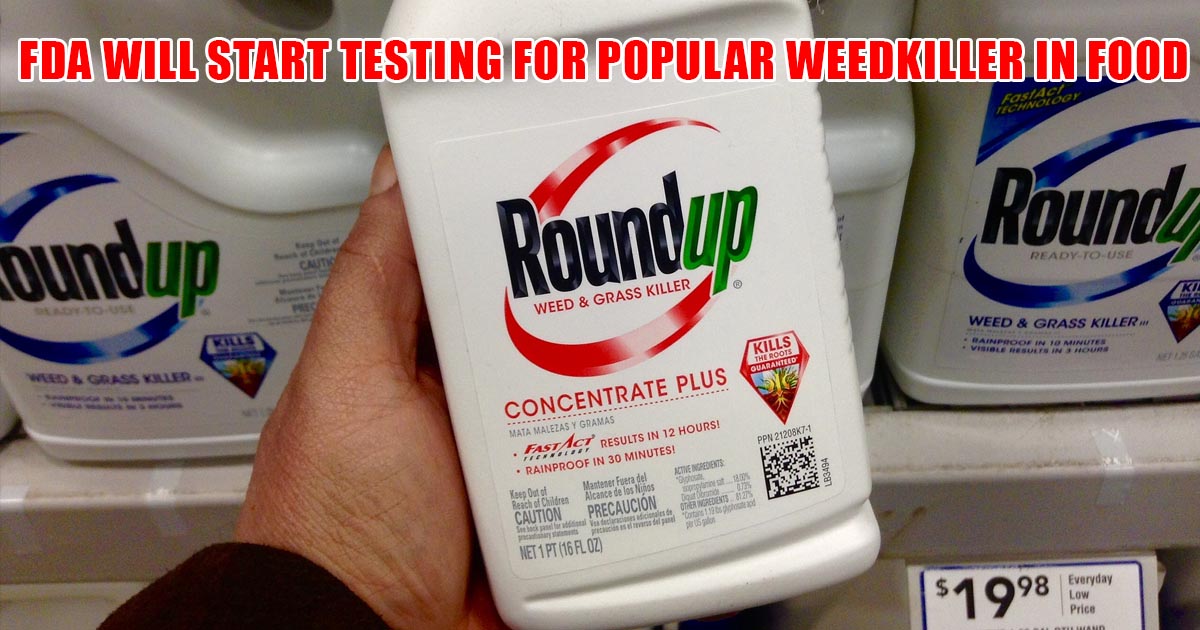 The U.S. Food and Drug Administration announced that they will begin testing foods for traces of the world’s most widely used weed killer, following the World Health Organization’s cancer experts’ announcement of the chemical’s probably status as a cancer contributor.

Glyphosate, or commonly known as Roundup, is a used just about everywhere as a highly effective weed killer.

You can read more about the WHO’s announcement of Glynphosate as a carcinogen here.