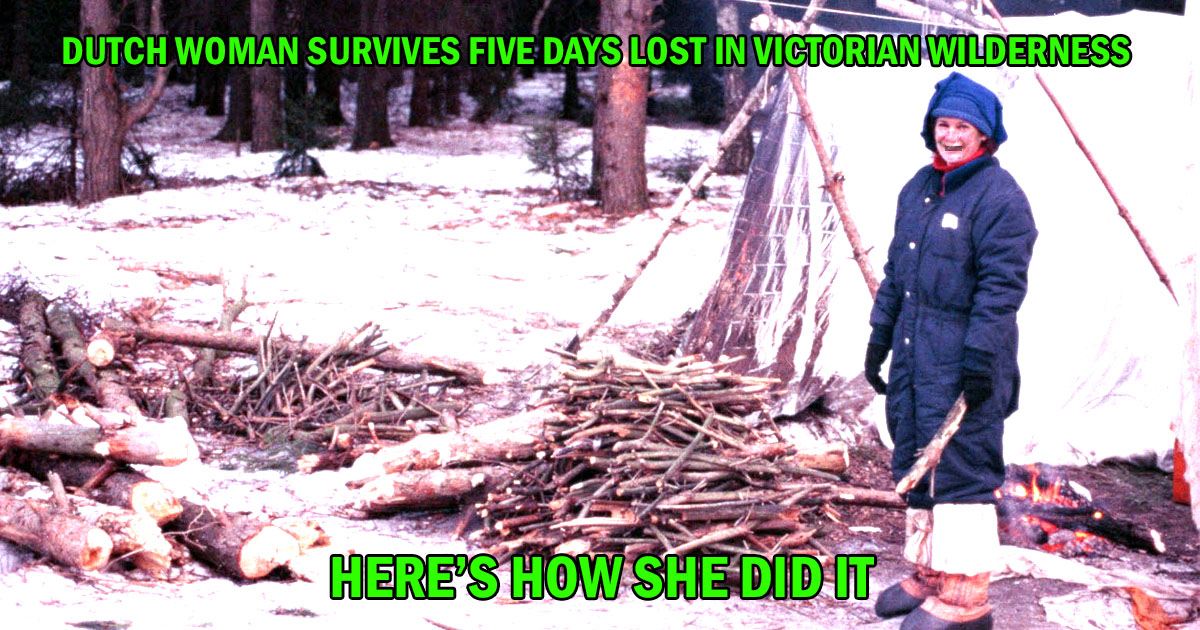 Veronique Biunkens, who is from the Netherlands, supposedly managed to construct a hut using mud as a sunscreen and river moss as insulation.

According from the article from abc.net:

She quickly became lost in thick bushland that does not have walking tracks, but it was four days before she was reported missing to police.

Victoria Police Inspector Mark Edwards said it was the first time he had seen someone survive after being lost for that length of time.

“When they found her she was absolutely covered in mud from head to toe, and she’s told the searchers she’s put the mud all over her to protect herself from the sun during the day,” he said.

“Her clothing was stuffed with river moss, and she’s used the river moss to keep herself warm during the night. It’s acted like a bit of a doona.”

He said Ms Biukens set up camp near a river bed so she would have access to water when she realised she was lost.

“She found two logs that were relatively close together, and she’s used some branches and leaves and bracken from the bush to make herself a little hut,” he said.

“She’s been very, very smart, and used some bushcraft to keep herself alive.”

Like they say: the best way to get found is to not get lost in the first place. But if you find yourself up sh#t creek without a paddle, it’s good to know your bushcraft survival skills!