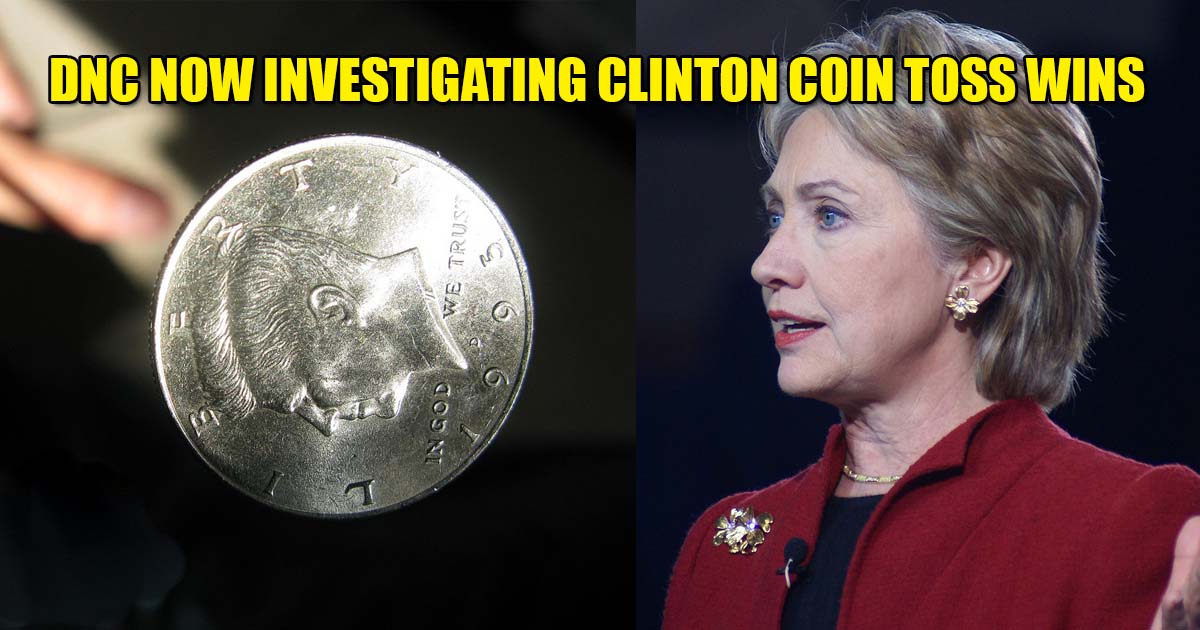 An extensive, full scale investigation has now been launched following potential corruption in the Iowa caucus by a local.

Both Black Box Voting (nonpartisan investigative organization that attempts to uphold the integrity of elections) and the Democratic National Committee have joined forces to investigate allegations that a coin toss to decide six delegates for Secretary Hilary Clinton over Senator Bernie Sanders was actually fixed in her favor.

“Well, I was shocked a coin flip was considered a fair way to decide delegates in the case of a tie. It is 2016 after all. I saw Sanders lose the flip, and all I could think about was when I was in elementary school I used to bend coins with my teeth in order to give myself an unfair advantage over bets.” With that thought, when Liz saw the caucus worker put the coin on a table, it was her immediate reaction to grab it. “I felt bad for taking it, but I ended up getting out my phone and I recorded myself flipping it seven times before two big men noticed me. Every flip was tails.” At this point, the coin was taken back from Krupa, and the men, likely security guards, insisted that she delete the video she had taken, and then tried to confiscate her phone. When she refused, the men physically and forcibly removed her from the Desmond caucus location. “I was thinking, maybe this was just strange chance. It wasn’t until security acted forcibly towards me that I knew I needed to send the video somewhere for investigation.”