Home News Did Stephen Hawking Just Tell Us To Go Prep On Another Planet? 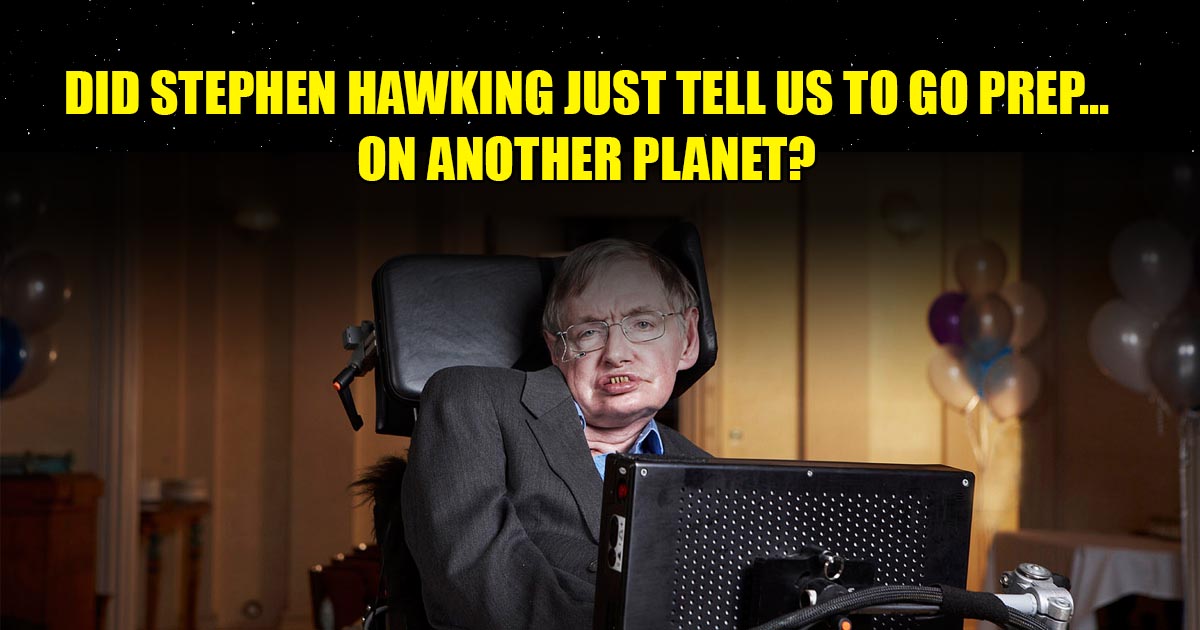 Did you save the receipt to your new survival bunker? Because Stephen Hawking has just taken prepping to a while new level.

In fact, his level just surpassed bug-out-bag and went straight past the moon.

In front of an audience of hundreds attending the first in a series of BBC Reith Lectures, Steven Hawking warned about the various “things that could go wrong” as a result of the advancements in science and technology – things like “nuclear war, global warming, and genetically-modified viruses”

He asserted that humanity’s only hope is colonization of other planets.

“Although the chance of a disaster to planet Earth in a given year might be quite low, it adds up over time, and becomes a near certainty in the next thousand or ten thousand years. By that time, we should have spread out into space, and to other stars, so a disaster on Earth would not mean the end of the human race. However, we will not establish self-sustaining colonies in space for at least the next hundred years, so we have to be very careful in this period.”