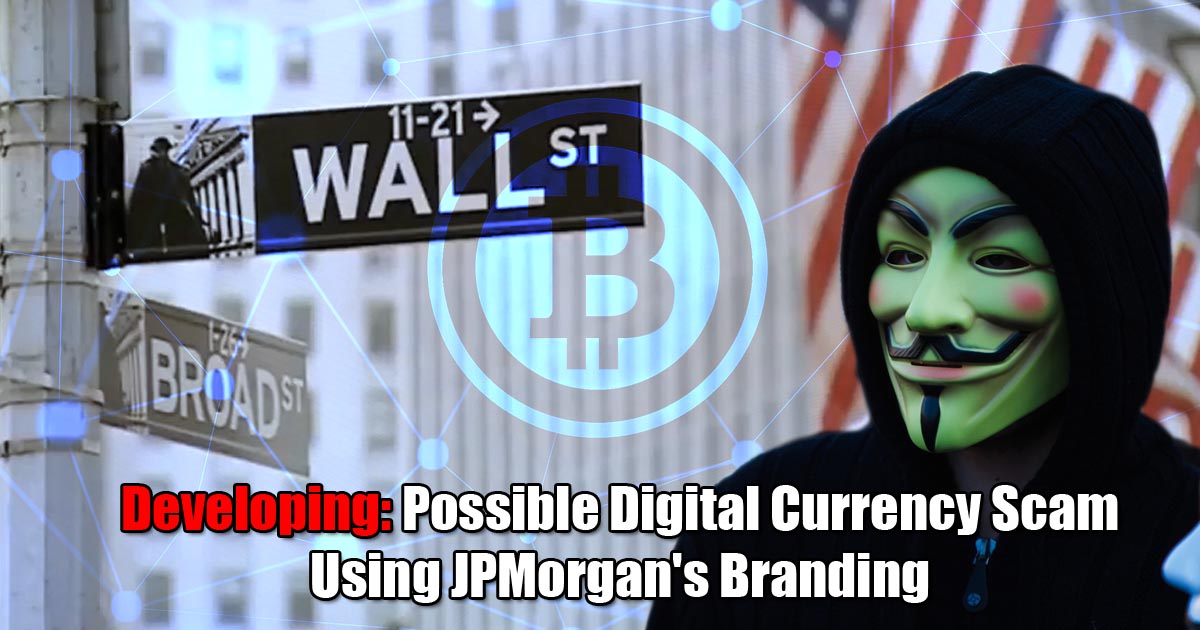 You’ve probably heard of Bitcoins, Litecoins, or even Peercoins. But have you heard of JPMCoins?

It appears a possible cryptocurrency scam is underway, using JPMorgan & Chase’s namesake – and from the sounds of it bank isn’t happy about it.

For those unfamiliar, cryptocurrencies are a medium of exchange designed around trading information securely, in a process made possible by certain principles of cryptography. Bitcoin was the very first cryptocurrency introduced in 2009. Since then, millions of cryptocurrencies have been created.

As for the so-called JPMCoins (sometimes called “Morgan Dollars”), JPMorgan & Chase is vehemently denying any involvement or relationship with its creation and issued this statement:

It’s still unclear as to who created this new cryptocurrency or for what purpose. Stay on the lookout.

To read more about this developing scam, visit Coindesk.com.