Home News Can ISIS Take Down Our Electrical Grid? 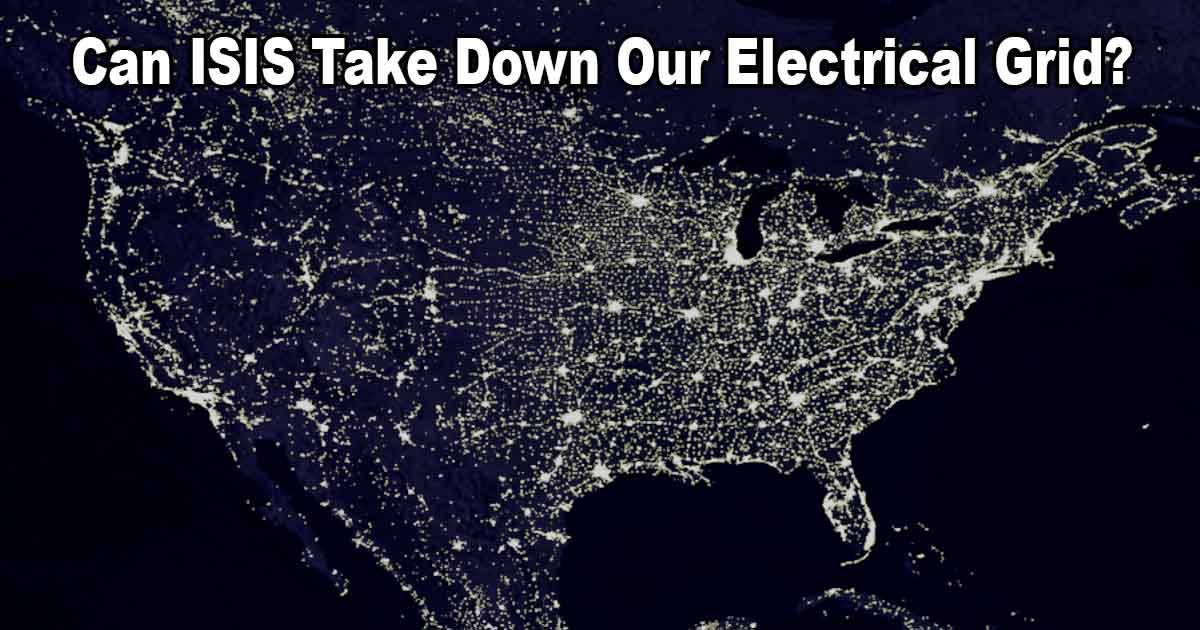 One of the United States’ biggest vulnerabilities is our interlocking, interdependent system of electrical grids.

We’ve learned many times in the past, how a simple failure in one small part of the system (like a single blown transformer), can cascade to cause major power outages in larger parts of the system.

Many experts believe that the computers controlling our electrical grids have already been hacked by foreign governments – particularly the Russians and the Chinese. And now we learn, that the terrorist group ISIS has been targeting our energy grid as well.

From a CNN report, we’re told:

Fortunately, they haven’t had much success (yet), but that doesn’t mean they won’t be able to improve their cyber-attacking efforts:

“Strong intent. Thankfully, low capability,” said John Riggi, a section chief at the FBI’s cyber division. “But the concern is that they’ll buy that capability.”

Unfortunately, almost anyone can now buy very sophisticated hacking software, and that means ISIS may be on the way to quickly upping their game:

Indeed, hacking software is up for sale in black markets online. That’s often how mafias acquire the cyberweapons they use to break into companies and steal giant databases of information they later sell to fraudsters.

The FBI now worries that the Islamic State or its supporters will buy malicious software that can sneak into computers and destroy electronics. An attack on power companies could disrupt the flow of energy to U.S. homes and businesses.

Remember, our infrastructure defense needs to be perfect every time, but our enemies only need to get lucky once!