Home News Army and Marines Declare: It’s Time for Women to Register For the Draft 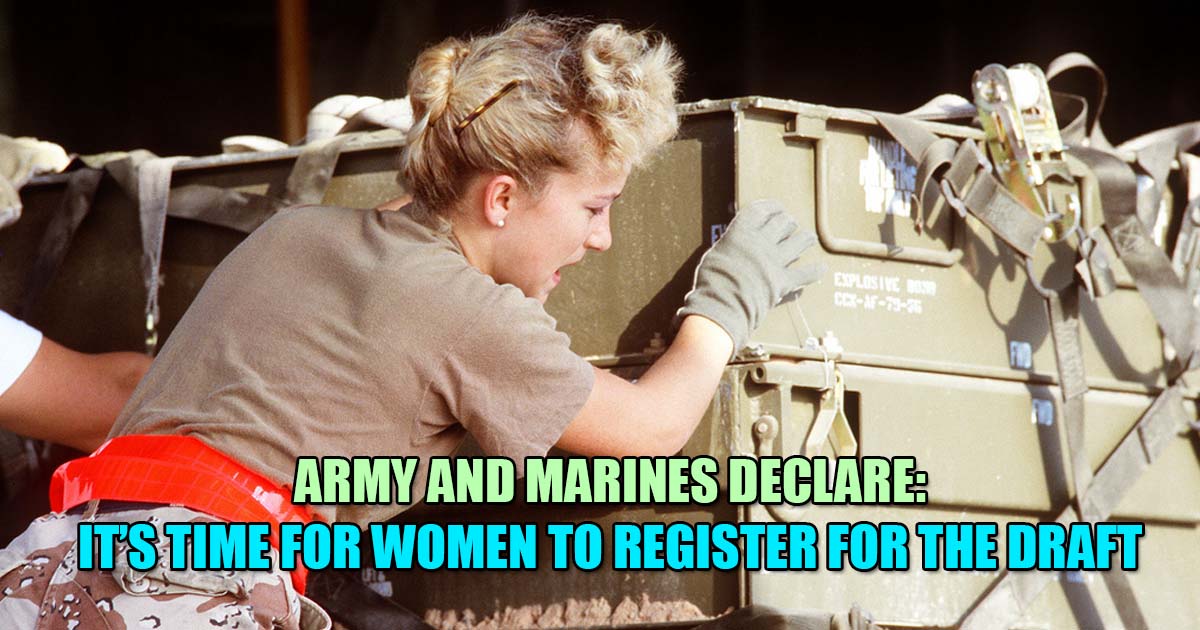 Top officers in both the Army and Marine Corps testified on Tuesday that they believe it is finally time for women to register for future military drafts. This followed the Pentagon’s recent decision to include female service members eligible for jobs in combat units.

Gen. Mark A. Milley, chief of staff of the Army, and Gen. Robert B. Neller, the Marine Corps commandant, both said they were in favor of the change during an occasionally contentious Senate Armed Services Committee hearing on the full integration of women in the military. The generals, both infantry officers, offered their opinions in response to a question from Sen. Claire McCaskill (D-Mo.), who said that she also is in favor of the change.

‘Senator, I think that all eligible and qualified men and women should register for the draft,’ said Milley, echoing the remarks of Neller.