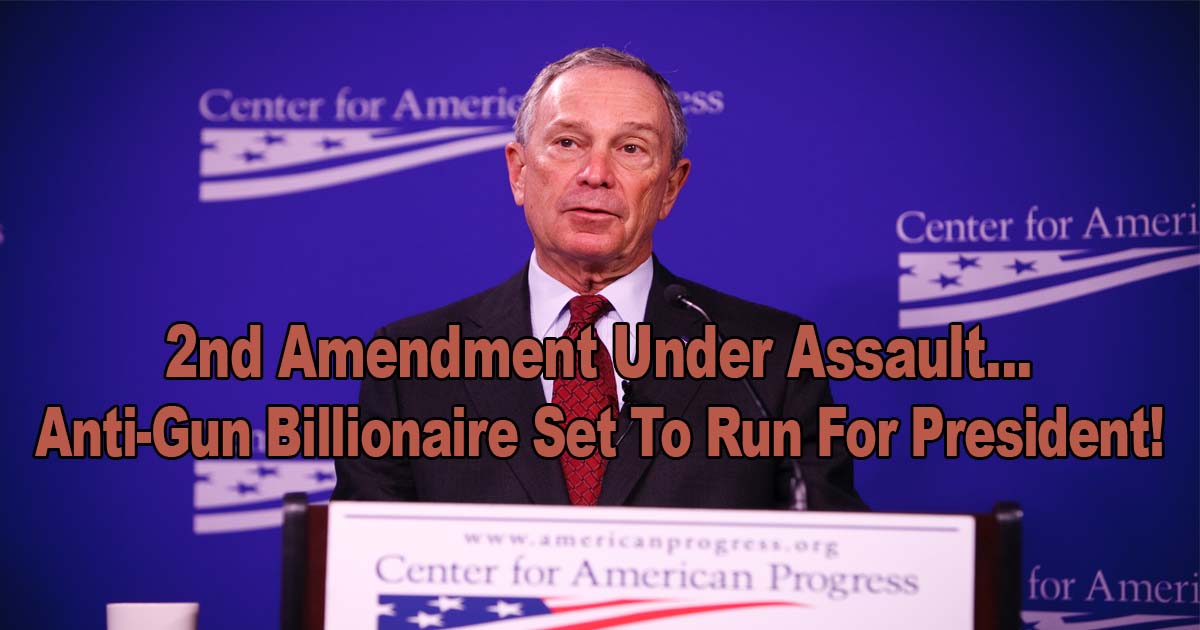 As if 2nd Amendment fans didn’t have enough to fear with Hillary and Bernie running for President, now comes news that Michael Bloomberg is seriously considering entering the race.

For those of you that may not know Mr. Bloomberg’s history, he is currently the 13th richest person in the world and was mayor of New York City from 2002 to 2013.

During his time as mayor, he became famous for such freedom-loving legislation as banning the sale of sodas over 16 ounces (later ruled as unconstitutional).

But what really gets Bloomberg fired up is spending his money financing gun control legislation. He has spent millions in the cause as one of the 2006 co-founders of Mayors Against Illegal Guns (which has since merged with Moms Demand Action for Gun Sense in America to form Everytown For Gun Safety).

Not content to just infringe the freedoms of New Yorkers, Bloomberg is now considering taking his show national.

As reported by Yahoo News:

Michael Bloomberg, the billionaire former mayor of New York City, has told his aides to draw up plans for an independent campaign for the U.S. presidency, according to a source familiar with the situation.

Bloomberg has advised friends and associates that he would be willing to spend at least $1 billion of his own money on a campaign for the November 2016 election, according to the source, who spoke on condition on anonymity to discuss the former mayor’s thinking.

Bloomberg, 73, has given himself an early March deadline for entering the race, the source said, after commissioning a poll in December to see how he would fare against Donald Trump and Hillary Clinton, the Republican and Democratic frontrunners.

Photo by Center For American Progress licensed under Creative Commons 2.0. The original photo was modified.