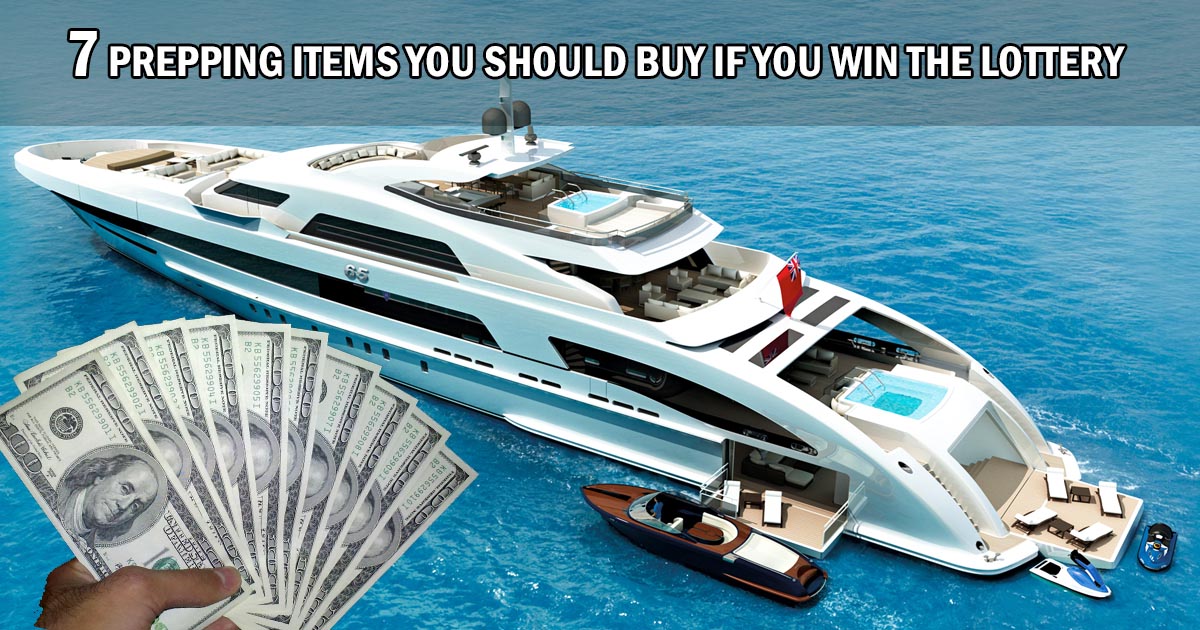 As of writing this, the Powerball is at an all-time high – with lottery officials estimating the next jackpot at over $1 billion.

When SHTF, your dollars will be useless. Until that happens, though, you could use that large sum to purchase a TON of prepping and survival “stuff.”

Here’s a list of 7 items you should buy if you win the lottery:

Marvel fans out there will undoubtedly be familiar with Tony Stark and his uber-weaponized suit of armor known only as Iron Man. The Department of Defense claims it is only two years away from unveiling an Iron Man-like suit know as the “Tactical Light Operator Suit.” The suit will be capable of repelling bullets, lifting heavy objects, and even providing lifesaving oxygen to its wearer. President Obama has even backed up these claims stating, “we’re building Iron Man.”

The world’s first commercially available personal jetpack is expected to go on sale this year, at a cost of only $150,000 – chump change to a billionaire. The uses of a jet-propelled pack are too numerous to count. Would it be practical in survival situations? Probably not but that doesn’t make it any less cool.

G4S describes itself as “the world’s leading global security and outsourcing group.” Their specializations include “outsourcing of business processes in sectors where security and safety risks are considered a strategic threat.” The security group was set up in 2004 and currently employs more than 620,000 people, making them it the 3rd largest employer in the private sector globally. Hire G4S and you’ll have one bad-@ss entourage.

Owning an island or country is a dream for many survivalists. Fortunately with $1 billion, that’s an easy task! Across the globe, there are islands ready to be bought and sold.

Vivos CEO Robert Vicino announced Vivos Europa One, which is a five-star, invitation only, highly-fortified, underground survival complex for the prepping elite. It’s been described as an underground cruise ship. If you purchase a piece of this bunker, you will be provided with a private 5,000 square feet living quarters (2,500 square ft. floor with capabilities of building up to 2 stories high). The catch is that you will need to relocate to Germany, which is where the expensive shelter is located.

‘Ol George’s pistols are estimated to be worth close to $2 million dollars. They carried him through America’s war for independence, then eventually found their way to US President Andrew Jackson. Today, these pistols sit at the Richard King Mellon Foundation. If you could somehow procure these famous twin firearms, they would be a worthy addition to any gun collection.

For a cool $1 million, you could become the proud owner of a T-72, Russia’s main battle tank, weighing 45 tons and touting a five-inch gun. You’re probably thinking, “Only a million? Gee, I thought tanks were more expensive!” The Czech, Slovakian, Hungarian, and Polish militaries left a surplus of these rolling death machines after the Iron Curtain was torn down, and currently issuing a “fire sale” to make way for NATO replacements. Get em while they’re hot!