Home Survival Skills 5 Reasons Why A Knife Can Be More Dangerous Than A Gun. 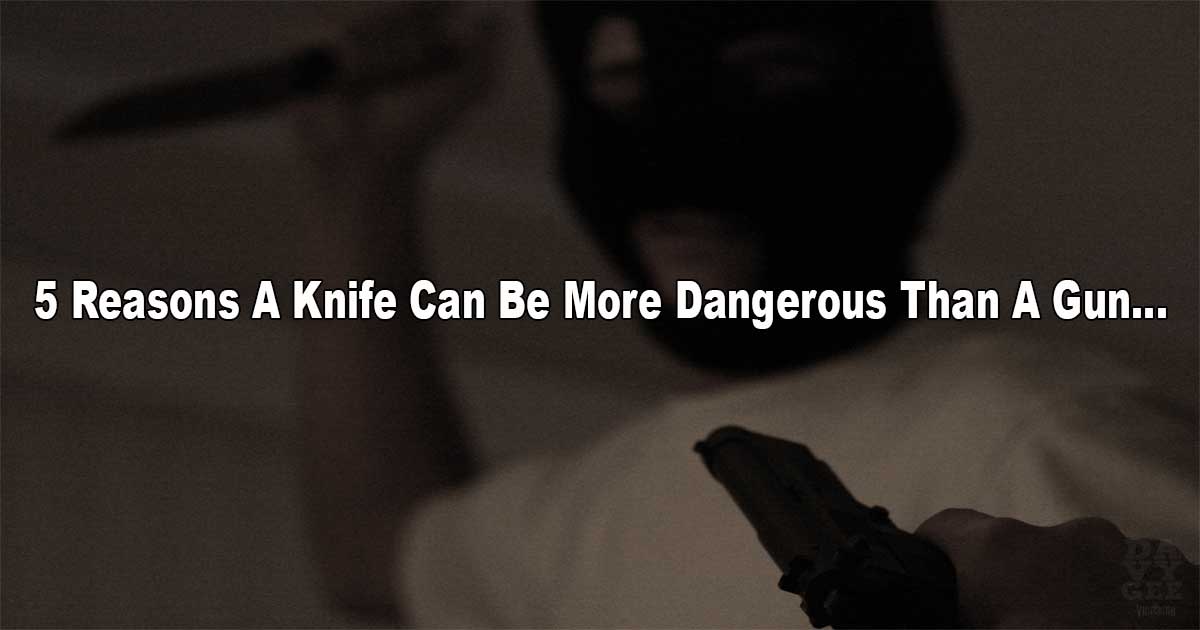 The old saying, “Don’t bring a knife to a gunfight” sounds really good but might not be totally accurate.

ModernCombatAndSurvival has an interesting article that presents some compelling thoughts to support the idea that a knife can be more deadly than a gun.

According to FBI fatality stats from officers killed in a fight, 10% of those who were shot died from their wounds.

But 30% of those who were attacked with a knife were killed as a result of being cut and stabbed.

A gun can only kill you if you’re in the direct line of the path of the bullet.

That also explains why, even in ranges as close as 3′-6′, only about 1 in 4 bullets actually hit the target – and these stats are from trained police officers!

In a close quarters attack, you could be stabbed 3-5 times in a single second.

A handgun is only going to give you about 15 rounds or so (on the high end).

Unless you’re behind cover or at a distance far enough to give you some time to reload, that’s all you’re going to get.

And FBI stats also reveal that only 1 in 4 bullets ever hit their mark – even at ranges as close as 3′.

We recommend that you read the entire article – lots of interesting info (including the comments).