Home News 2017 Tornado Season Off To A Violent Start 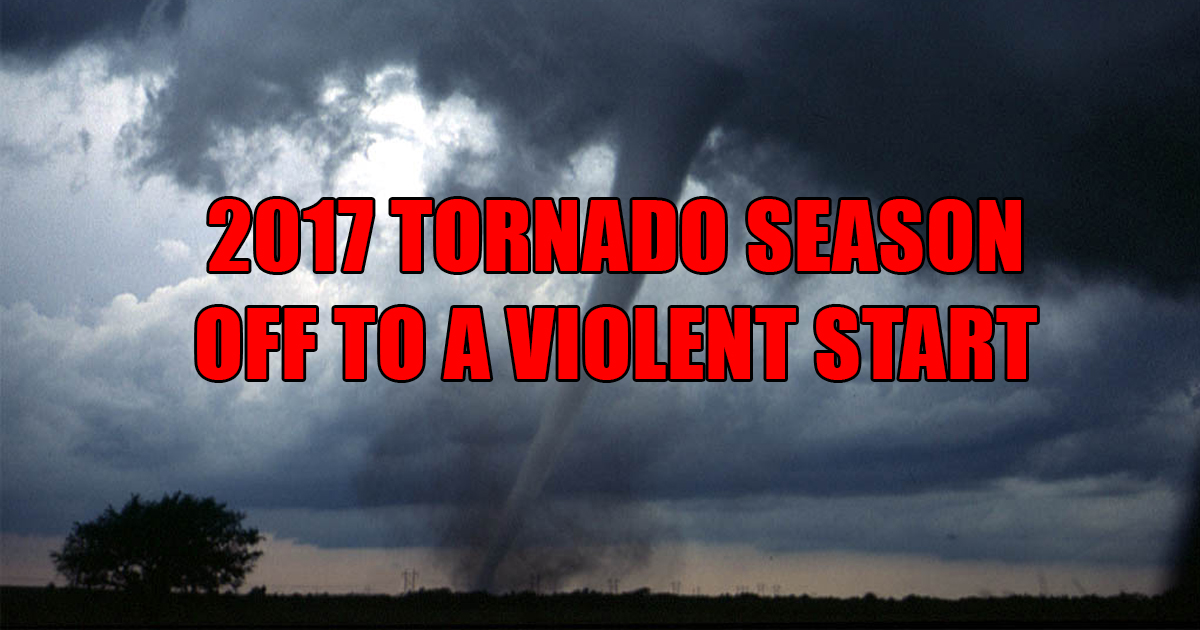 Mark 2017 down in the tornado record books – we’re off to a rough and windy start, folks.

As of April 17, 570 tornadoes have been reported – almost a hundred more than average!

Lord, save the farm!

In January alone, 134 tornadoes in total were reported. That’s a whopping three times the long-term average. For the previous three years, the average number of January tornadoes was just 16.

Now, you may assume America’s futile Midwest has suffered most of the brunt of this year’s tornadic activity.

Much of the early tornadic activity so far this year has focused its relentless attacks across the Gulf Coast states, particularly Georgia.

This may go against your preconceived, imagined tornadic-scenario (thanks, Hollywood), in which a massive tornado rips across a farm field, somewhere across America’s fertile Midwest. But, thunderstorms capable of producing tornadoes require a tremendous amount of moisture to develop – an environment the Gulf of Mexico provides nearby states effectively in the early spring, while the rest of the nation remains cold and dry.

Below is a graphic that shows a running tally of the tornado counts in 2017 thus far. 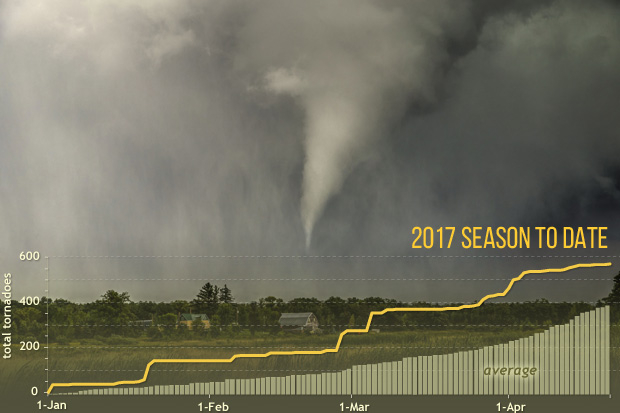