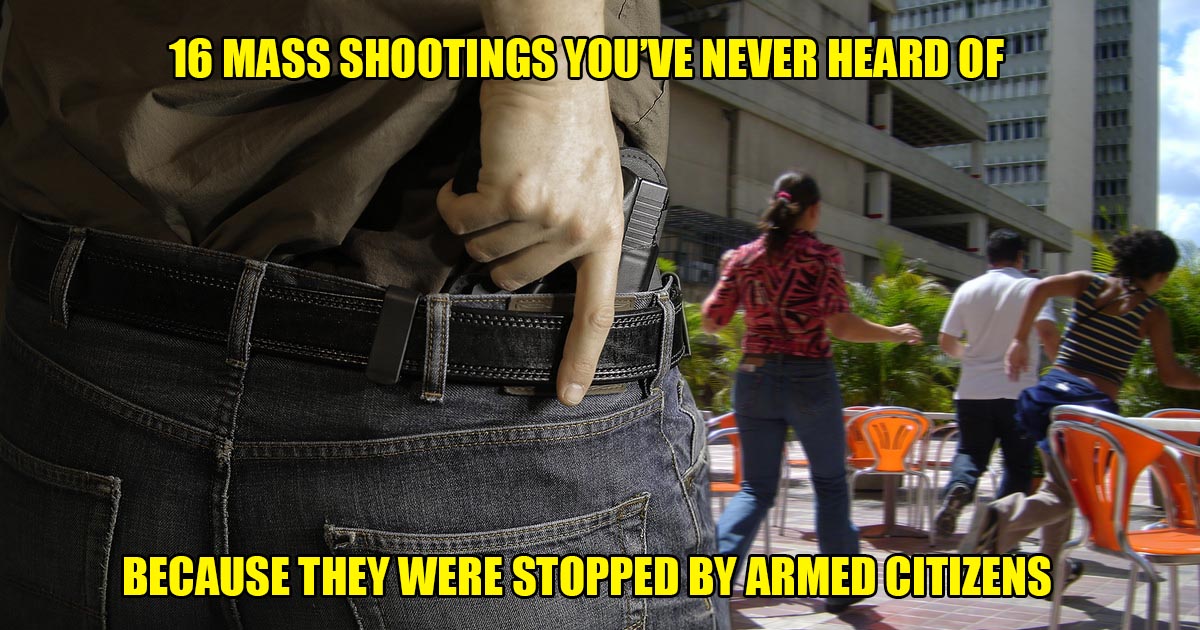 Gun Watch Blog has compiled quite an impressive list of mass shootings over the years that have either been stopped or minimized because of intervention from armed citizens.

As is usual, you won’t hear about situations like these reported in the media…

Here’s an excerpt from the article:

Plans to slay everyone in the Muskegon, Michigan, store and steal enough cash and jewelry to feed their “gnawing hunger for crack cocaine” fell apart for a band of would-be killers after one of their victims fought back.

The mass church shooting in Colorado Springs was stopped by the shooter being shot by a church member with a CCW permit.

The Santa Clara gunshop shooting in 1999 was stopped by an armed citizen after the shooter declared that he was going to kill everyone. Police found a list of intended victims in his car. Only the perpetrator, Richard Gable Stevens was shot.

The 17 December, 1991, Aniston, Alabama defense where a CCW holder stopped armed robbers who were herding employees, customers, and his wife into a cooler. He shot both robbers, killing one.

17 December, 1991, 20 innocent lives saved, and it wasn’t even news to ABC, CBS, NBC, or CNN__no bloody innocent bodies for the “film at eleven.” What’s more, it never even made it in to the largest Georgia daily newspaper. I was doing a site inspection of our Warner Robins (Robins AFB) classified/crypto account at the time.