Home News Will Google Determine The Next Presidential Election? 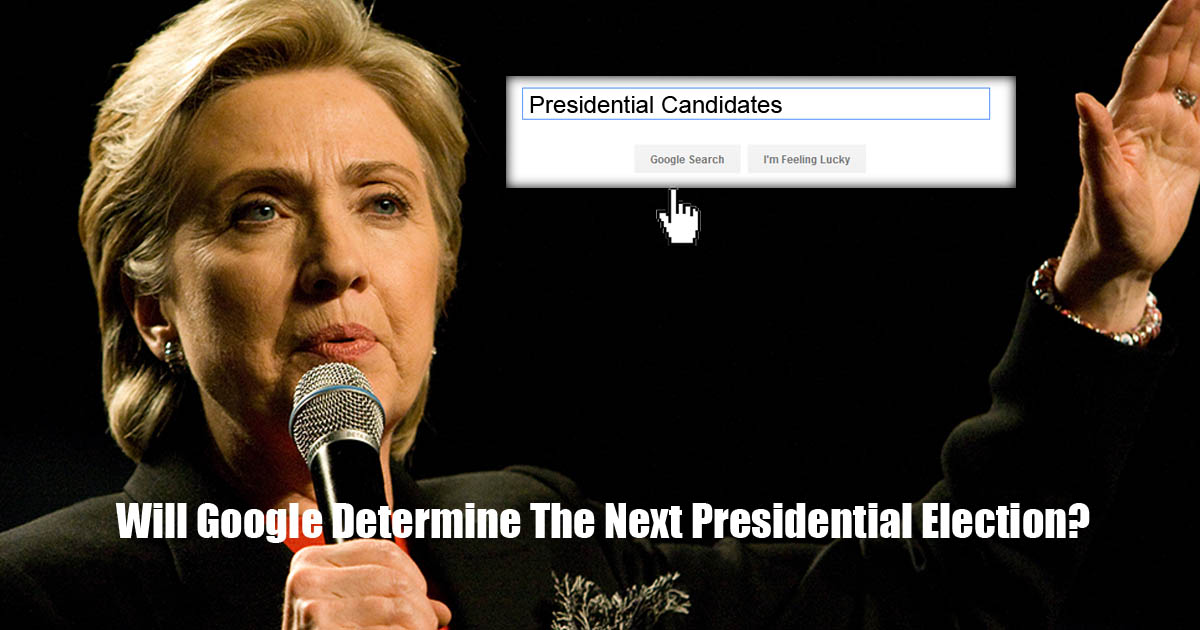 Researches have revealed that the results produced by major search engines (ie: Google, Bing, Yahoo, etc) can be easily manipulated to influence voters before an election.

Incredibly, Epstein’s and Roberston’s results showed voters’ preferences can be swayed by 20% or more through the manipulation of search engine results who may favor one candidate over another.

“Because SEME is virtually invisible as a form of social influence, because the effect is so large and because there are currently no specific regulations anywhere in the world that would prevent Google from using and abusing this technique, we believe SEME is a serious threat to the democratic system of government,”