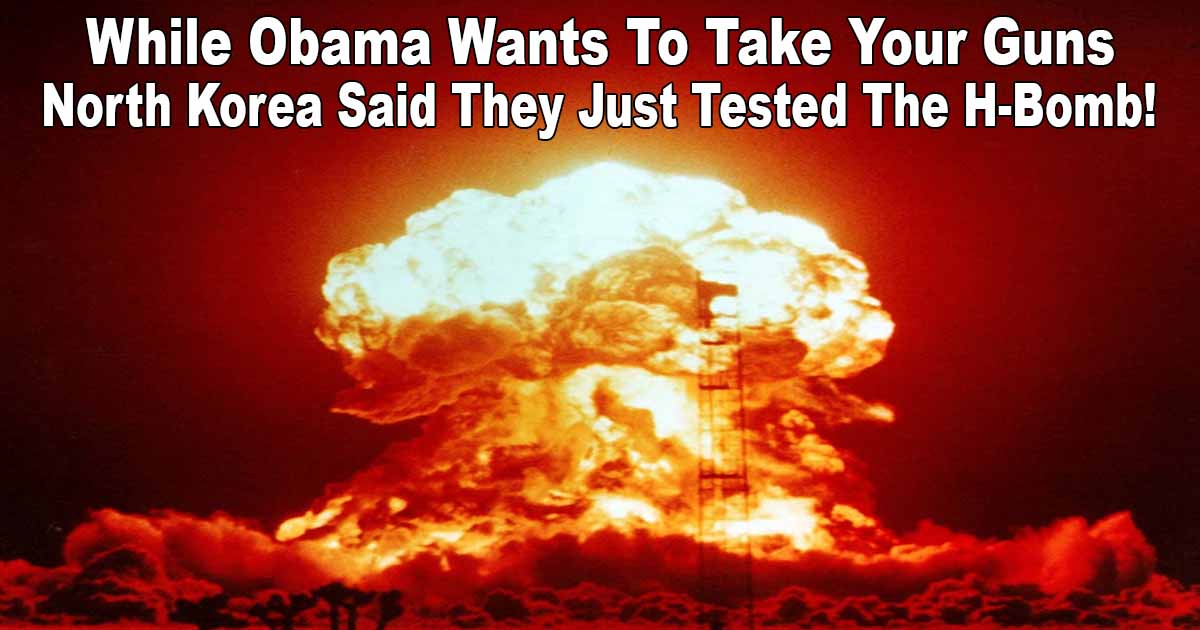 Despite Obama claiming many times that North Korea would pay a severe price for continued testing of nuclear weapons (here’s just one example from 2014 where he says, “”We will not hesitate to use our military might to defend our allies and our way of life.”), the North Koreans just continue to advance their nuclear technology.

While we know North Korea already has several atomic weapons, the hydrogen bomb is a much more powerful version, which would be much more devastating in the event of an attack.

Wouldn’t it be nice if our President spent more time focusing on the growing threats we face from our enemies instead of his obsession with limiting our Second Amendment rights?

You can read more about the bomb test over at Fox News.