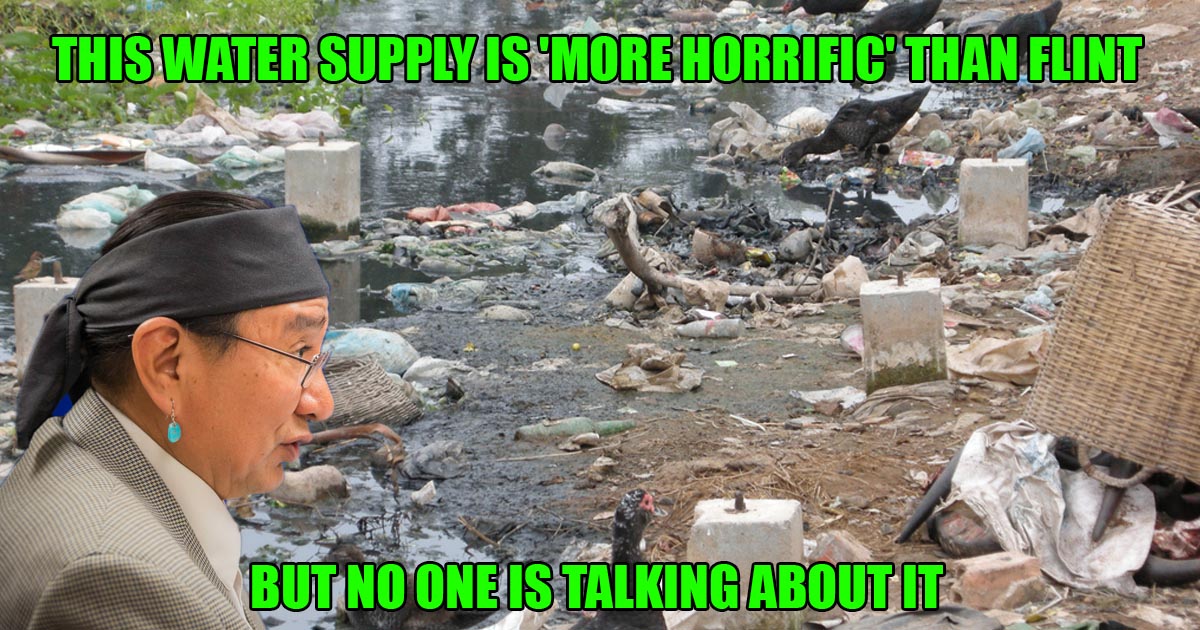 After news broke about the dreadful water conditions in Flint, MI it seems the whole nation began talking about the issue of contaminated drinking water – not only in Flint, but in impoverished towns across America.

That is, except for the situation in Navajo nation.

Since the 1950s, their [Navajo] water has been poisoned by uranium mining to fuel the nuclear industry and the making of atomic bombs for the U.S. military. Coal mining and coal-fired power plants have added to the mix. The latest assault on Navajo water was carried out by the massive toxic spills into the Animas and San Juan rivers when the EPA recklessly attempted to address the abandoned Gold King mine.

“In 2015 the Gold King Mine spill was a wake-up call to address dangers of abandoned mines, but there are currently more than 15,000 toxic uranium mines that remain abandoned throughout the US,” said Charmaine White Face from the South Dakota based organization Defenders of the Black Hills. “For more than 50 years, many of these hazardous sites have been contaminating the land, air, water, and national monuments such as Mt. Rushmore and the Grand Canyon. Each one of these thousands of abandoned uranium mines is a potential Gold King mine disaster with the greater added threat of radioactive pollution. For the sake of our health, air, land, and water, we can’t let that happen.”

It seems the Native Americans are being taken advantage of once again. Story developing…