Home Survival Skills This Versatile, Wild Plant Is All You Need To Survive 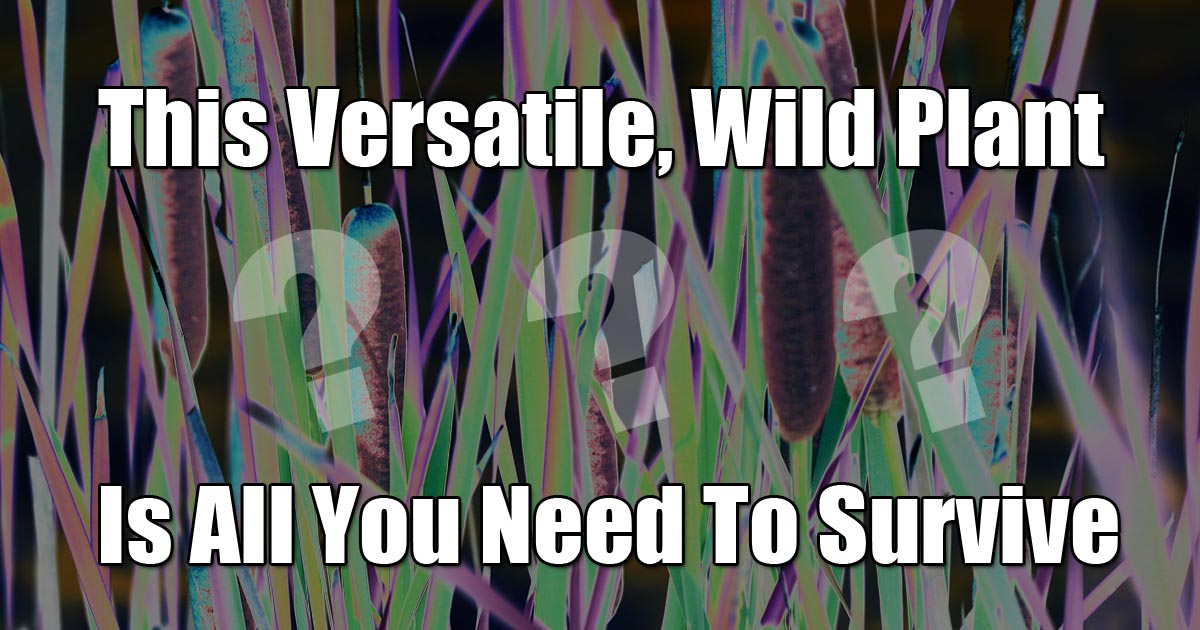 It’s one of the oldest survivalists sayings: if you are lost and happen upon cattails, they will provide everything you need to survive including fuel, water, food, and shelter material.

But what do we know about this versatile plant and is it, in fact, the “holy grail” of surviving in the wild?

Cattails grow primarily in the Northern Hemisphere and can usually be found in a variety of wetland habitats. They are an aggressive species that compete with other native species and considered problematic in many regions in North America, from the Great Lakes to the Everglades.

Most common species in North America are the “Typha latifolia” and “Typha angustifolia.” The former prefers to grow in shallow water while the latter likes deeper water. Both can be seen growing side-by-side, and both are edible.

Cattails are easily distinguishable by their dense, sausage-shaped spike on the stem below the male spike. In their matured state, there’s simply no other plant in existence that resembles the cattail, making them incredibly easy to identify.

Let’s take a look at their varied uses:

If you find yourself stranded in the wild near a pond and able to make a fire, you’re in luck. Cattails can make a tasty meal that will provide valuable nutrients for hours.

Grab them near their base and pull diagonally which should separate the root from the main plant.

The tips are edible as is the bottom of the stalk (white-ish in color). Roots and the spaghetti-like rootlets are also edible.

Outer portions of young plants can be peeled, and the heart can be eaten raw or boiled and eaten like asparagus. The leaf bases can be eaten raw or cooked, especially in late spring when they are young and tender. In early summer, the sheath can be removed from the developing green flower spike, which can then be boiled and eaten like corn on the cob. If the plant doesn’t display the brown head yet, you can use the pollen like flour.

The starchy rhizomes are nutritious with a protein content comparable to that of maize or rice.

Cattails were among the most important plants for local tribes around Lake Titicaca in Peru and Bolivia, who used every part. Often, they were used in the building of rafts and other boats.

During World War II, the United States Navy used catttail down (which can be removed from the brown head) in life vests and aviation jackets. Tests showed that even after 100 hours of submersion the buoyancy was still effective.

The plant’s insulation properties make them ideal to be used as thermal insulation in buildings as an organic alternative to conventional insulating materials such as glass wool or stone wool.

Some Indigenous peoples of the Americas used the seed hairs as tinder for starting fires. Some tribes also used “cattail down” for warmth and comfort, lining their moccasins, and for bedding, diapers, and baby powder. In fact, cattail down is still used to stuff certain clothing and pillows today!

Cattails can be dipped in wax or fat and then lit like a candle, the stem serving as a wick. Without the use of wax or fat it will smolder slowly, somewhat like incense, and may even repel insects – a godsend if you’re living in the wilderness!

It has also been indicated that cattails can remove arsenic from drinking water. Their boiled rootstocks have been used as a diuretic for increasing urination or mashed to make a jelly-like paste for sores, boils, wounds, burns, scabs, and smallpox pustules.

So, do cattails live up to their hype? Definitely. And if you find yourself lost in the wilderness, you will be glad when you come across them. Just remember their varied uses provided above.