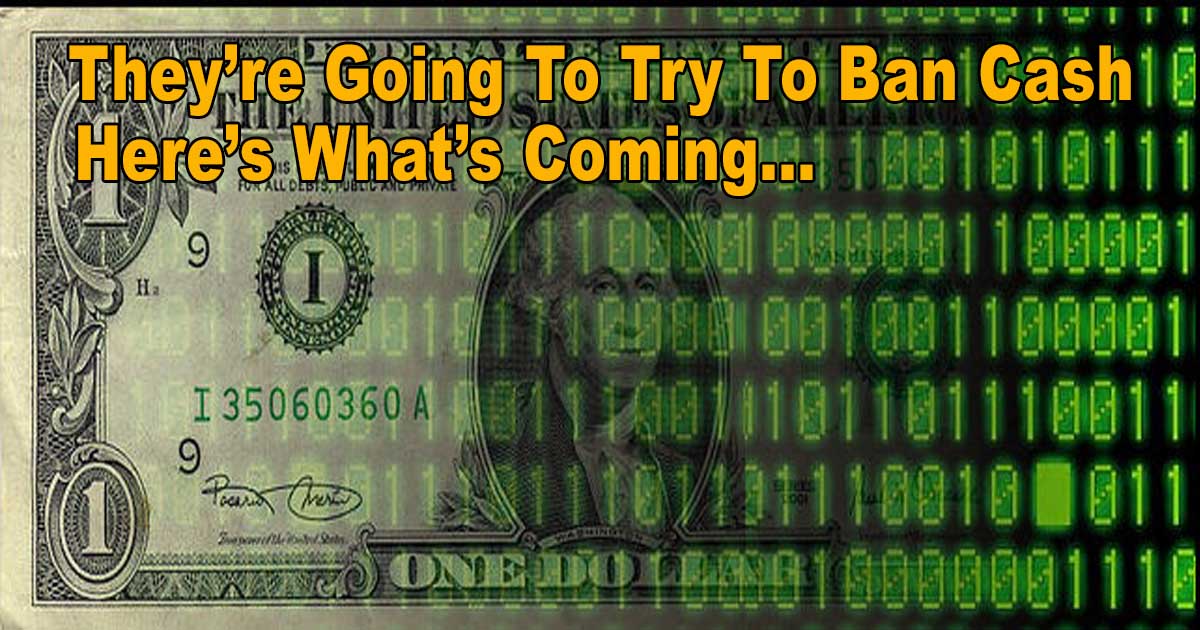 We’ve shared with you before how leaders in the European Union are making serious moves to ban physical cash. Now, the same efforts are starting here in the United States!

As we’ve previously reported, our friends in Europe are having to deal with an onslaught against the use of physical cash.

In just the last month, we’ve seen these stories from “across the pond”:

Well, if you thought this assault on privacy and freedom would never be tried in the United States, you’re in for a rude awakening.

One of the nation’s most influential economists, Lawrence Summers (President Emeritus of Harvard University), has been very busy spreading his vision for banning cash – starting with the $100 bill.

In an op-ed for The Washington Post, titled “It’s time to kill the $100 bill”, Summers makes his case for eliminating the Benjamin:

Harvard’s Mossavar Rahmani Center for Business and Government, which I am privileged to direct, has just issued an important paper by senior fellow Peter Sands and a group of student collaborators. The paper makes a compelling case for stopping the issuance of high denomination notes like the 500 euro note and $100 bill or even withdrawing them from circulation.

The fact that — as Sands points out — in certain circles the 500 euro note is known as the “Bin Laden” confirms the arguments against it. Sands’ extensive analysis is totally convincing on the linkage between high denomination notes and crime. He is surely right that illicit activities are facilitated when a million dollars weighs 2.2 pounds as with the 500 euro note rather than more than 50 pounds as would be the case if the $20 bill was the high denomination note. And he is equally correct in arguing that technology is obviating whatever need there may ever have been for high denomination notes in legal commerce.

And, here’s his solution to help “ordinary citizens”:

Even better than unilateral measures in Europe would be a global agreement to stop issuing notes worth more than say $50 or $100. Such an agreement would be as significant as anything else the G7 or G20 has done in years. China, which is hosting the next G-20 in September, has made attacking corruption a central part of its economic and political strategy. More generally, at a time when such a demonstration is very much needed, a global agreement to stop issuing high denomination notes would also show that the global financial groupings can stand up against “big money” and for the interests of ordinary citizens.

Make no mistake, these big-government puppeteers would love nothing more than to ban the use of physical cash, giving them ultimate control over your finances. Every sale and purchase would be tracked (allowing them to immediately collect whatever taxes they feel you deserve to pay) and you’d be forced to keep your money in one of their banks.

Physical cash represents freedom – freedom to buy and sell without the intrusive prying of Big Brother – freedom to put your hard-earned money where you want, whether that’s in a bank or under your mattress.

As they always do when they try to limit our freedoms, they’ll claim they need to ban cash to fight crime and terrorism. But, we know the truth.