Home Survival Skills The White House Is Preparing For A Monster Solar Flare – What Do They Know That You Don’t? 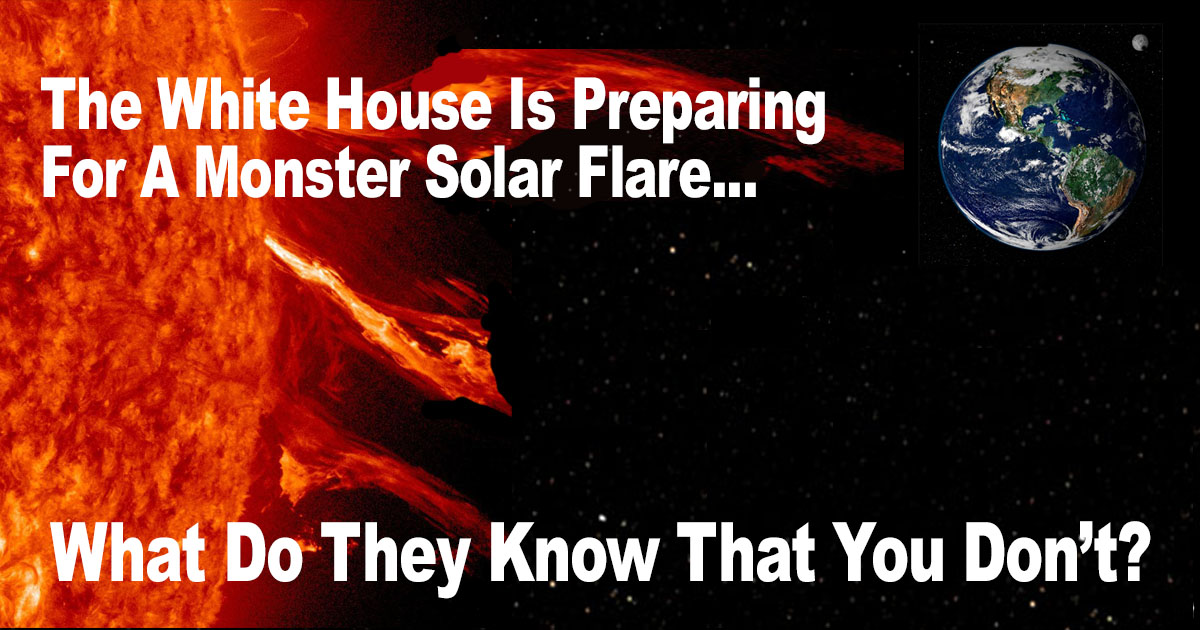 A direct hit from a powerful solar flare is one of the most destructive events that could befall our planet.

In fact, the devastation could be unimaginable. A 2008 National Academy of Sciences study estimated the potential impact to the US economy at almost three trillion dollars.

But, beyond the dollar impact to our economy, the human toll would be even greater – with power outages lasting months (or years) the resulting breakdown of basic services would plunge our society back into the dark ages.

Now it’s revealed the U.S. Government is making plans for the possibility of a massive solar flare directly impacting the United States.

The last major solar event was in 1859. It was so powerful that it burned out telegraph lines, caused telegraph offices to catch fire and knocked out power through the northern hemisphere.

Given how much more dependent our society is on technology, the results of a similar event today, would be countless times more devastating than 150 years ago.

While solar flares cannot be predicted with any precision, scientists estimate at least a 12% chance of a major impact within the next five years and believe that it’s not a matter of “if” a solar flare event occurs, but “when” it will occur. (In fact, just three years ago we had a very near miss with a powerful solar flare that would have had a devastating effect on all of us.)

With the strong likelihood of a major solar event striking within the next few years, the need for prepping and planning is more important than ever!